The ageless wonder Dexter Jackson is enjoying retirement but has not slowed down at the gym. 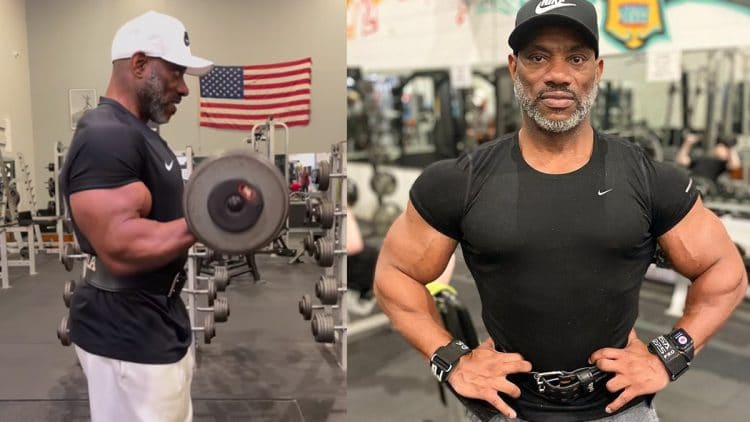 Bodybuilding legend Dexter Jackson is the picture of longevity and is widely recognized for his ability to hang with elite-level athletes for the past several years. In recent Instagram posts, Jackson shared his post-retirement aesthetic build and his favorite biceps 21s workout session.

Jackson has competed in the sport for nearly three decades and in that time, reached incredible heights as an IFBB Pro. His commitment to the craft and willingness to train made him a more than worthy adversary at any bodybuilding show. Dexter achieved first place at the 2008 Mr. Olympia, marking the biggest win of his career, and in the process, defeated fellow legend, four-time Mr. Olympia Jay Cutler. “The Blade” also earned the distinction of having won the Arnold Classic a total of five times.

In 2020, Jackson competed at his final Olympia event, and prefaced the performance by announcing win or lose, he would be stepping away from the sport and retiring. After placing ninth at 2020 Olympia, Dexter retired but continually shares training sessions keeping fans up to date on what’s occupying his time since giving up such a busy schedule.

In addition to posting an impressive physique update on Instagram, Dexter also gave fans one of his ‘fav’ arm-building exercises, biceps 21s.

Related: How To Build Bigger Arms With Biceps 21s

Back in Feb., Dexter shared a chest and arms workout, and revealed he was weighing around 210 lbs. Dexter enjoys giving his following an idea of what types of exercises he prefers most.

Dexter has made it clear he has no intentions of returning to the competition. There have been rumblings that Masters Olympia could soon make its way back onto the bodybuilding schedule. Olympia President Jake Wood spoke with Dennis James and gave Masters Olympia a green light for next year, confirming ‘definitely by 2023’. Jackson won the last Masters Olympia in 2012. He would be an ideal competitor for the show, but maintaining his health over performing has become a priority, especially with the number of deaths impacting the sport.

Jackson’s competitive flame is burning strong, and he is committed to pushing himself during training sessions. At 52 years old, “The Blade” is looking healthy and strong in retirement.