“The Shadow” gave his insight into what judges expect from posing on the Olympia stage. 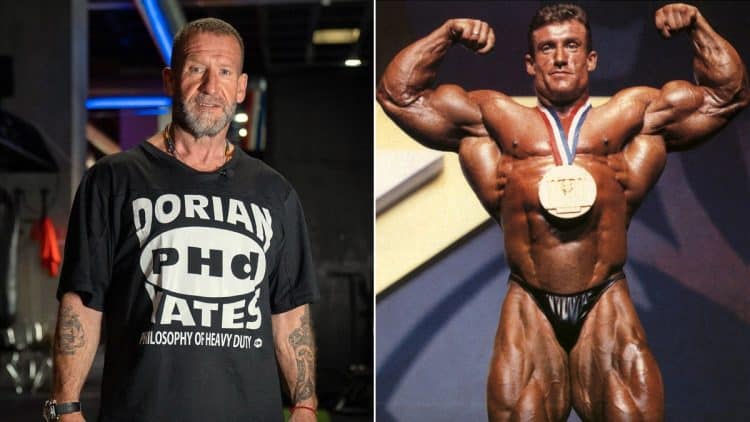 Legendary Bodybuilder Dorian Yates is widely regarded as one of the best athletes in the history of the sport. He was renowned for having an especially thick yet detailed back and an intensive training regimen. In a video posted on his Instagram, Yates explained what judges look for in the posing routines for Mr. Olympia shows.

Yates is renowned for his dedication to pushing his limits in training. He incorporated extreme workout routines to win the coveted Sandow trophy six times. Contrary to the traditional approach of using a set number of reps and sets, Yates liked to reach failure whenever he was working out.

Mr. Olympia winner Samir Bannout believes Yates’ monstrous back made him stand out from the rest of his peers in the Open class. Bannout has faced Yates on the bodybuilding stage and praised “The Shadow” for his incredible definition, including diamond-cut calves, hamstrings, and back. Yates was notorious for his reserved nature. He let his work during the off-season do the talking for him.

Dorian Yates shares what the judges look for in Mr. Olympia

In a recent video uploaded on his Instagram, Yates talked about the different factors that go into judging contestants at the Mr. Olympia shows.

“Here’s how I was judged for the Mr. Olympia contest. Fun fact: backstage, I was the last one to take off my tracksuit. I knew everyone was waiting to see my physique so I’d be playing little mind games.

I let them wait so they’d think about me more than they thought about what they would do on stage. Lee Haney did this to me before. I stood across from him and I was amped to look at his physique. He took off his tracksuit and got his back out. His back was super thick and it affected my confidence. “

Dorian Yates explained what the judges look for in each contestant as they go through the show.

“So again, you see all the muscles when they’re posing. Everyone has to do this, that’s why they are called compulsory, obviously. And you compare Mr. A to Mr. B.”

Dorian stated that the judges focus on finding the best athlete on stage. Specifically, Yates said judges look for proportions, size, and conditioning.

“They’re looking for the best guy in each pose and it’s a combination of proportions, size, and conditioning. If you got all those and put them in a pot and mix them together, that’s what you are looking for.”

Yates recently teamed up with fitness model Mike Thurston for an intense leg day workout. He pushed Thurston to ‘near failure’ using the same philosophy he trained with throughout his storied career. Even today, the 60-year-old has shown no signs of slowing down and still maintains a ripped physique in retirement.