The six-time Mr. Olympia is 60 years old but looks phenomenal in retirement with a ripped pack of abs. 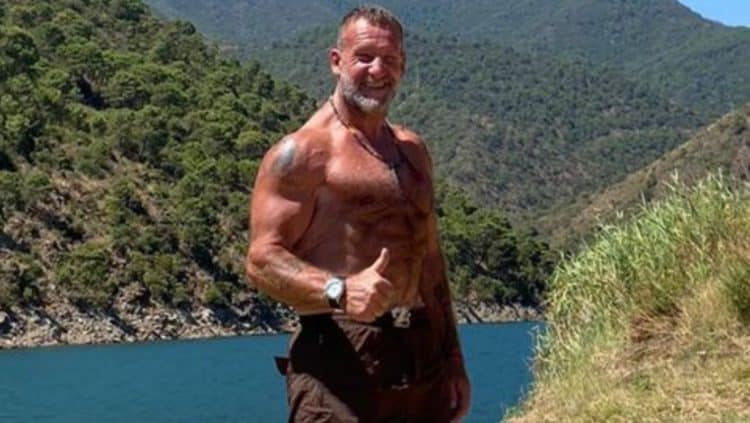 If anyone’s back was big enough to carry the sport, it was bodybuilding legend Dorian Yates’. In a recent update to social media, Yates shared his ripped physique at the age of 60.

Dorian Yates, a six-time Mr. Olympia champion, is considered by many to be one of the greatest bodybuilders in the history of the sport. He earned six consecutive Olympia victories during his impressive tenure (1992-1997). “The Shadow” was revered for his intense training behind-the-scenes and always allowed his physique to do the talking on stage.

There are only a handful of bodybuilders who managed to win more Olympia titles than Yates. Ronnie Coleman and Lee Haney are tied with eight, bodybuilding legend Arnold Schwarzenegger has seven, and Phil Heath also has seven.

The Men’s Open mass monster always pushes the pace in training despite taking a step away from competitive bodybuilding. He favors high-intensity interval training (HIIT) because it helps restore positivity and confidence, according to the legend.

In retirement, Yates used a plant-based diet and found that it was ideal for losing weight. He explained that he lost around 30-pounds as a result of the green diet. However, after enduring a bicycle accident, he stressed the need to eat higher amounts of protein to help his body recover faster from the injuries. While he no longer has to worry about preparing his physique for bodybuilding shows, that hasn’t stopped Yates from staying lean and ripped.

Taking to Instagram, Yates showed off his recent build, and the legend looks shredded, full, and happy.

The sport has been shaken over the past two years by an alarming number of bodybuilding deaths. Last year saw former Mr. Olympia Shawn Rhoden die due to heart complications, and before 2021 Olympia kicked off, George Peterson passed away in his hotel room face down.

In 2022, the concerning trend continued. Bostin Loyd, a popular steroid advocate, died at the young age of 29 due to an aortic dissection. A little over a month later, the community was forced into a state of mourning again after losing Cedric McMillan at the age of 44. Following so many deaths in the sport, Yates felt the need to talk about the matter publicly.

Yates told the bodybuilding community that unless you’re competing or over the age of 40, it’s not a good idea to use steroids. He believes these compounds are used in excess and athletes are becoming ‘ticking time bombs.’ The bodybuilding legend also issued a warning in regard to using Insulin for competitions. In the past, Yates revealed that he used steroids for over 12 years and acknowledges the harm they can cause in the wrong hands.

Given the fragility of life, Dorian Yates has tried recreational drugs to get a better understanding of the world we live in. He said that he saw life through a different lens recently while using a hallucinogen called DMT (Dimethyltryptamine). A DMT trip usually lasts around 15 minutes but can vary based on the route of administration. Yates recounted the experience and said it was ‘life-changing.’

RELATED: Best Back Ever: Ronnie Coleman vs Dorian Yates

With a six-pack of abs, Dorian Yates isn’t slowing down even though he no longer competes professionally. At 60 years old, the longevity he represents is an inspiration, making him an ideal ambassador for the sport in retirement.