The four-time Arnold Classic winner continues to fight despite his health being hampered by a number of surgeries. 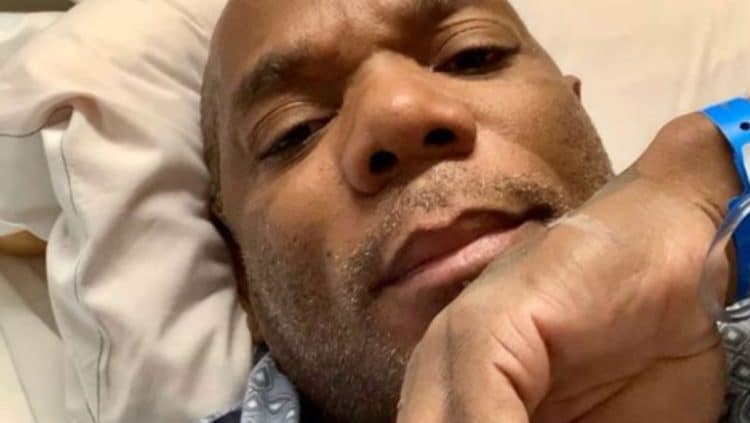 Bodybuilding legend Flex Wheeler has sacrificed a lot for the sport and was forced to go under the knife for a procedure yet again on Monday, July 11, 2022. In a recent post made to Instagram, Wheeler revealed that he underwent surgery for a rotator cuff repair, but the operation left him in an uncontrollable amount of pain.

Flex Wheeler is widely recognized as one of the most aesthetic bodybuilders of his era. His career mostly took place throughout the 90s to the mid-2000s, where he managed to contend with some of the best bodybuilders the world has ever seen. While he was unable to wear the Olympia crown during the height of his career, Wheeler managed to win the prestigious Arnold Classic title four times as a Pro.

Maintaining a world-class physique for over a decade comes with challenges, and Wheeler, unfortunately, learned this lesson a number of times. Wheeler was rushed to the hospital for emergency surgery back in 2019, which ultimately resulted in complications. He suffered from blood clots and kidney failure. As a consequence of the surgery, Wheeler had his right leg amputated.

Just when it seemed Wheeler was out of the woods, metaphorically speaking, the bodybuilder was hospitalized again due to a COVID-19 infection. Following his battle with the nefarious virus, Wheeler revealed that he was in acute kidney failure and sustained serious damage to his lungs.

The health scares continued to pile up as Wheeler also spoke about a back surgery he had earlier this year. Given the sheer number of operations he’s gone through in his lifespan, Wheeler was left pessimistic about the procedure, voicing that he may ‘not make it through’ alive. Despite the harrowing experience, the bodybuilder made it out alive, but is back at the hospital this week, seeking treatment for a damaged rotator cuff.

Flex Wheeler Suffering After Shoulder Surgery: “They Are Unable to Get My Pain Under Control”

According to the bodybuilding legend, he’s in a lot of pain and still sitting at the hospital on Monday.

Repeat rotator cuff repair. It was supposed to be an outpatient surgery.

But they are unable to get my pain under control 😢🥹😩 so, I’m still laying here in a hospital.

Even in retirement, Wheeler remains active, often taking time out of his schedule to help train rising prospects. Over the past year, the 56-year-old pumped iron alongside Andrew Jacked, helping the bodybuilding standout prepare for shows with training and high-level posing advice.

The experience gained from a legend like Wheeler was invaluable and Jacked used that knowledge to win at the 2022 Arnold Classic Amateur show, an event that saw the rising talent earn his IFBB Pro card in a dominant fashion.

RELATED: Flex Wheeler Shares His ‘Unwritten Rules Of The Gym You Must Live By’

As it stands, it’s unclear how long Wheeler is stuck in the hospital but at least the legend is keeping fans up to date in regard to his health. Wheeler intends to make a full recovery in the weeks to come but is writhing in pain from the recent procedure.