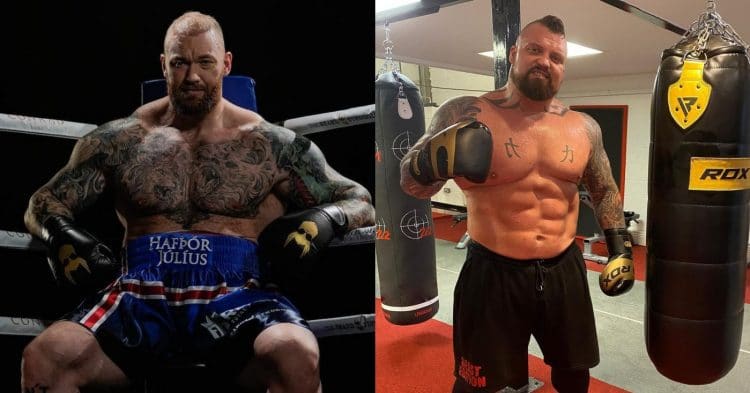 The highly anticipated boxing match between Hafthor Bjornsson and Eddie Hall takes place on September 18th, 2021. As the bout quickly draws closer, a venue and PPV price has been announced.

Bjornsson vs Hall is being billed as the heavyweight boxing match of all time, as the two former World’s Strongest Man winners clash in September. This bout is more than a year in the making, with the two agreeing to fight after Thor bested Eddie’s deadlift world record last March.

Originally, it was expected that the contest would take place in Nevada, however it seems that this is no longer the case. It has now been revealed that this bout, as well as the others that will take place on the undercard, will go down at the VyStar Veterans Memorial Arena, in Jacksonville, Florida.

In addition to that, an early purchase price has been revealed for the Bjornsson vs Hall pay-per-view. With tickets to the event on sale as of July 5th, fans can purchase the PPV stream on CoreSports.world, for $9.99, although it is unclear how long this price will last, or if it will ever increase.

Both Hafthor Bjornsson and Eddie Hall have been training for this boxing match for several months. Eddie has been keeping most of his training close to the vest, although we have seen his punching power on display, and the result of his weight loss transformation, from preparing for the fight.

As for Thor, he has been a lot more open with the current state of his boxing training, regularly sharing sparring videos. In addition to that, he has also taken two exhibition fights, with fans able to see his skills in action as he attempts to get used to being in the ring.

In the first fight, Bjornsson had a fairly decent showing, even though Hall mocked him for it afterwards. Things got a bit dicey in the second bout though, as Thor got rocked on more than one occasion, even being dropped at one point.

So with these two set to face each other, we are left with limited information about what to expect. We see that Thor has a height advantage, while Eddie likely has a cardio and power edge in the ring.

Bjornsson vs Hall is not the only boxing match set to take place, as CrossFit athletes Jacob Heppner and Josh Bridges are set to square up. Additionally, powerlifting world champion Stefi Cohen will have her second fight against Avril Mathie.