Cutler listed his favorite movements for building the biceps and triceps effectively at the gym. 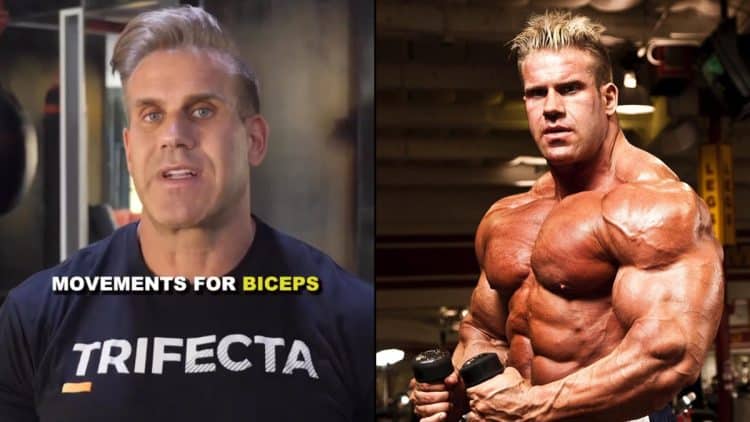 Bodybuilding legend Jay Cutler may have stopped competing, but he still trains diligently to stay in fantastic shape at 49. In a recent Instagram video published on December 30, 2022, Cutler shared some of his favorite movements for building arms at the gym.

In the past, Cutler has opened up about the struggles of keeping up with Coleman. He specified that he was forced to separate himself from society and go to a ‘dark place’ in order to maintain his status as one of the best bodybuilders in the world for 12 consecutive years.

While he no longer performs on stage, Cutler’s love for bodybuilding is on display anytime he’s on a microphone or training at the gym. In retirement, he doesn’t shy away from working out with active competitors and imparts knowledge to rising talent anytime he has the opportunity.

Back in October, Cutler’s physique went viral after being spotted posing alongside fitness influencer ‘Lexx Little.’ Speculation regarding his comeback grew quickly, however, the former Mr. Olympia made it clear days after that he had no intention of making a bodybuilding return. Instead, the Massachusetts native revealed he was getting back in shape as part of a ‘fit for 50’ challenge.

Weeks after the exciting 2022 Olympia contest took place, Jay Cutler is sharing some useful movements for building insane arms. He listed a few of his go-to exercises for taxing the biceps and triceps during the video.

In a recent video, Cutler discussed his favorite movements for building arms.

“How to build the most insane arms. My top three movements for biceps would be hammer curls, which are a little turned in, alternate dumbbell curls and lastly, the barbell curls. But for triceps, which is the larger muscle of the arm, I would say dips are really really beneficial.

Your row press downs, which I get a great contraction out of. And lastly, the French over-head press is really solid for building the most insane arms,” Jay Cutler shared.

Cutler was known for having impressive arms throughout his career. He compared his biceps with rival Ronnie Coleman, who was revered for his jarring size. While both men were at the peak of their careers, Cutler’s measured 22.5 inches whereas ‘The King’ sported 23.5-inch arms.

RELATED: Jay Cutler: 2022 Olympia Should Have Prioritized The Mens’ Open, ‘The Production Was A Mess’

Cutler remains committed to fitness after stepping away from bodybuilding. His latest arm demonstration is just another example of why he’s so respected within the bodybuilding community.

King Kamali: ‘Flattened Out’ Big Ramy Slipped to 5th at 2022 Olympia From Taking ‘Too Many Diuretics’