Swoll, a popular gym etiquette fitness influencer, discussed the health scare: 'if you're feeling off or you're having pain, go get it checked out, it might save your life.' 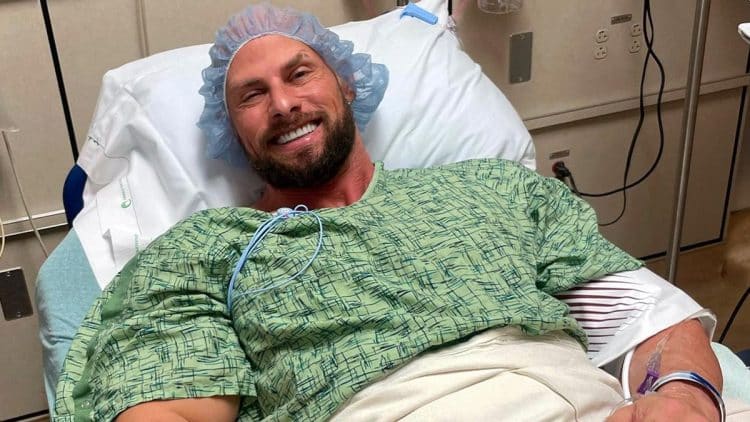 Joey Swoll, who is known for calling attention to poor gym-etiquette, had to take a break from his usual routine. In a recent Instagram post, Swoll revealed he underwent surgery after finding out he had ‘genetic irregularities’ with his heart.

Over the last few years, Swoll’s name has continued to grow in the fitness industry. He is dedicated to making public gyms a more welcoming place for everyone. While he encounters people who don’t share the same interests, it doesn’t stop Joey from going after ‘toxic gym culture.’

In addition to his gym etiquette goals, Swoll sports an incredibly impressive physique, which he largely attributes to the discipline of bodybuilding. However, many in the sport have suggested that bodybuilding has too many risks. In fact, even Arnold Schwarzenegger said the sport has become the most dangerous in the world.

You can find Joey Swoll’s statement below:

“Had a little scare last week finding out I have some genetic irregularities with my heart. I’ve been feeling a little off and having some pain now for awhile and finally decided to stop being a “tough guy” and go get it checked out. Thank God I did. I ended up in surgery for a few hours to fix the issue and was back on my feet that night, I feel great, and my heart is strong as ever.

I’m very thankful to my cardiologist and the amazing nurses and staff at Hoag Hospital that took such great care of me. My message to all of you is please, if you’re feeling off, if you’re having some pain, go get checked out! It might be nothing and you’re fine, or it might save your life like it did mine. It’s always better to be safe than sorry.” Joey Swoll wrote.

Swoll shared that he was feeling pain leading up to the unexpected surgery. He added that the operation took a few hours and stressed in his post, that ‘if you’re feeling off, if you’re having some pain, go get checked out.’ 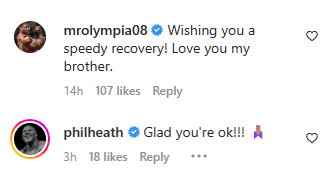 It’s been a gut-wrenching few years for the bodybuilding community. In 2021, former Mr. Olympia Shawn Rhoden passed away at 46 and 212 standout George Peterson died before performing at Olympia. Both died from heart complications.

The concerning trend continued in 2022 as bodybuilding veteran Cedric McMillan died of undisclosed reasons at 44. Last July, 46-year-old IFBB judge and retired bodybuilder Jerry Ward also passed away. Months later, his wife confirmed through medical examiners that his cause of death was deep vein thrombosis.

Swoll is thankful he got the problem checked out before it was too late. In the months to come, his focus will be on rest, recovery, and continuing to make gyms a better place for everyone.