After his boxing match with the Iranian Hulk real name Sajad Gharibi got canceled, Martyn Ford admits this is the best and healthiest he's felt in years. 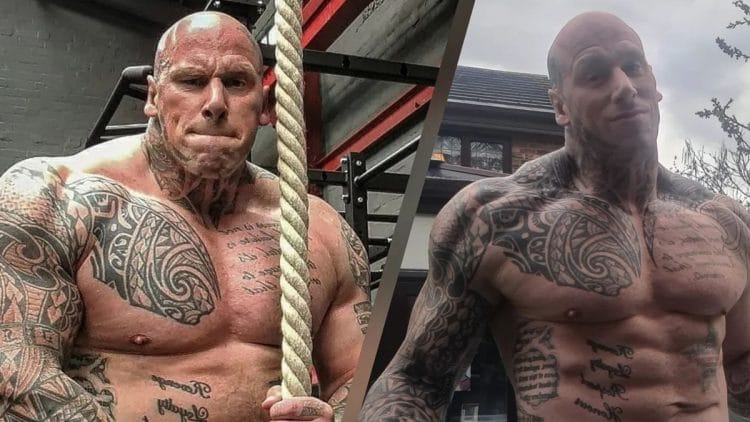 Following the cancelation of his boxing match with the Iranian Hulk, Ford is determined to maintain the gains he’s made while training the sweet science. After losing nearly 60 pounds during boxing preparations, Ford admits to feeling his best and healthiest in years.

Martyn Ford and the Iranian Hulk have been on a collision course for quite some time. A few years ago, the two were expected to make their MMA debuts with KSW, a popular Polish fighting organization. Ford inked a contract with KSW, but the fight between the Iranian Hulk never materialized.

The boxing match between Ford and the Iranian Hulk was originally scheduled to take place on April 2, but the fight was postponed until April 30 due to injuries. Ford and Gharibi got into a heated altercation during their first face-off in Dubai. After Gharibi failed to take Martyn to the ground, they re-set for another face-off. This time Martyn drew first blood and pushed Gharibi to the ground.

Following the pre-fight drama in Dubai, the Iranian Hulk was seen crying on live TV, claiming his family disowned him after the embarrassing face-off. On April 4, Martyn posted a video on Instagram informing his fanbase that his fight with the Iranian Hulk has been shelved once again. While he may not be stepping into the ring with Gharibi anytime soon, Martyn was happy to show off some of the gains he’s made in the process of transforming his physique for a boxing debut.

In a recent post on Instagram, Martyn revealed he lost nearly 60 lbs while preparing for Sajad Gharibi and is feeling young and healthy as a result.

“Lifting big ass weights VS Boxing …… 360lbs vs 302 lb ….. October I started this journey, and like anything I’ve done in life that I’ve really wanted to do, I’ve given absolutely EVERYTHING and more. This is by far the best and healthiest I’ve felt in years, getting back to feeling 21 again is insane …. if you have a serious goal to achieve get in touch today …. link in BIO … www.martynfordcoaching.com” Martyn Ford posted.

Martyn showed off his physique and admits that boxing training had a significant impact on his weight. The “World’s Scariest Man” equates his training to the fountain of youth and is confident this is the best he’s felt in years.

Ford intends to follow through with his boxing debut, but his potential opponent has yet to be decided. Following the cancelation with Gharibi, it was unclear exactly why, and what reasons caused the fight to fall apart. Ford has implied that Boxstar promotions and his team were deceived by the Iranian Hulk. Martyn stated that health and safety risks were involved in the decision to table the fight. Meanwhile, Gharibi believes Martyn pulled out of the showdown, and plans to pursue legal action for a breach of contract.

After undergoing a physique transformation, Martyn’s body is primed and ready to be tested inside the boxing ring. While he is unsure who he will make his boxing debut against, it’s clear Ford has gone to great lengths to adjust his body to the new sport.