Murat Gonul, a Turkish-Canadian 212 bodybuilder who placed runner-up at the 2022 Toronto Pro Supershow, has suddenly passed away at 46 years old. 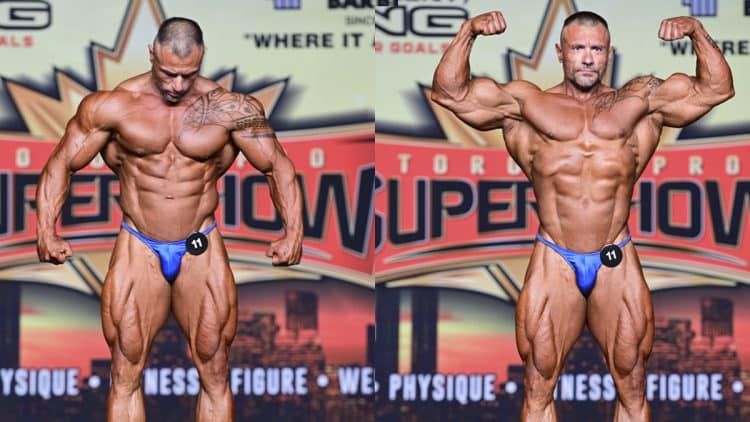 Turkish-Canadian IFBB pro bodybuilder Murat Gonul has reportedly passed away at just 46 years old. The news was first made available by RxMuscle; his cause of death has yet to be revealed.

Born in Istanbul, Turkey, on January 6, 1977, Murat Gonul’s passion for bodybuilding was on full display anytime he graced a stage. He first made waves in the IFBB at a pair of pro shows in 2019 while sporting a fantastic v-taper and balanced proportions.

He finished 14th in his pro debut at the New York Pro, a contest many in the sport recognize as the third most prestigious bodybuilding event, behind only the Arnold Classic and Mr. Olympia competitions. He followed that up with a seventh-place finish at the Niagara Falls Pro.

At the time of this writing, details surrounding his death are sparse, but Rx Muscle offered as much information as possible.

In the days/weeks to come, a GoFundMe page will be created to help with Gonul’s funeral costs and any other expenses his family/loved ones have incurred.

Gonul’s passing is the latest reminder of how dangerous bodybuilding can be. In 2021, a number of athletes shook the community after passing away. Former Mr. Olympia Shawn Rhoden and George Peterson both met their fates, and many believe heart problems played a factor.

Meanwhile, the disturbing trend continued in 2022, which saw Cedric McMillan die at 44. While some have suspected heart problems to be at play, his wife issued a statement explaining that his cause of death is still uncertain.

Jerry Ward, a popular IFBB/NPC judge and bodybuilder died in his hotel room at 46. According to his wife and medical examiners, Ward’s death was caused by deep vein thrombosis.

Considering how many athletes have died as of late, even seven-time Mr. Olympia Arnold Schwarzenegger suggested bodybuilding has become the most dangerous sport in the world. Recently, Arnold went as far to say that athletes are risking death, especially Men’s Open bodybuilders who focus on size and muscularity more so than other divisions.

Should new details emerge in regard to Murat Gonul’s death, Fitness Volt will keep you updated on this developing story.

Staff at FV wish Gonul’s family and friends our deepest condolences while they navigate through this difficult time.