Nick Walker to Bodybuilding Legend Flex Lewis : “I Will Be 2022 Mr. Olympia Without A Doubt” 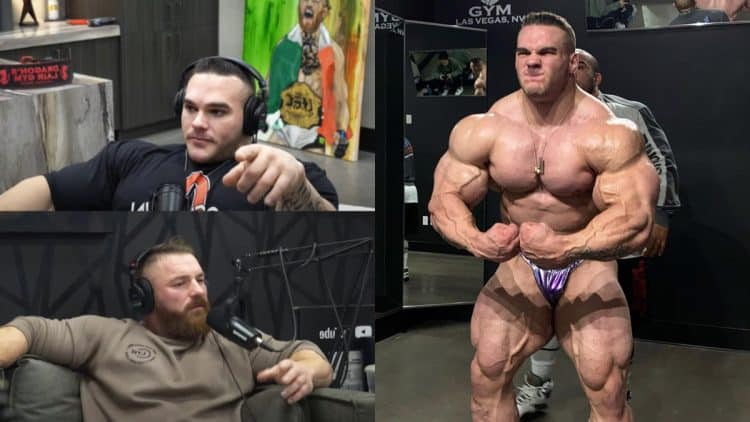 “I know I have the heart for it, the work ethic for it, the consistency for it, [and] the mindset for it,” Nick Walker shared while discussing his goal of becoming 2022 Mr. Olympia.

Walker is amid preparations for his second-ever Mr. Olympia competition. Last year, Nick “The Mutant” Walker enjoyed a historic rookie season by claiming New York Pro and Arnold Classic titles consecutively. Matt Jansen, who led Walker to success last year, guided him to a fifth-place finish in his respective debut at 2021 Mr. Olympia.

However, in February, Walker and Jansen formally parted ways. Speculation swirled quickly as to why they stopped working together. It remains unclear exactly what caused the split, though many believe supplement sponsorships to be one of the root causes. Others have suggested that Walker and Jansen were at odds after the 28-year-old expressed his desire to compete at the 2022 Arnold Classic.

Ultimately, Walker decided not to compete and instead focused solely on prepping his physique for another Olympia contest. At the end of September, Walker and Jansen publicly announced they are working together again. With 2022 Mr. Olympia taking place in less than six weeks, Walker joined Flex Lewis on his podcast to discuss his prep and aspirations for later this year.

In a podcast with decorated 212 winner Flex Lewis, Nick Walker talked last year’s season and some of the pressures he’s had to deal with.

“Last year, no [I didn’t feel the pressure]. Even though I talked a lot of shi* last year. I said I was going to win New York. No one thought I was going to do it. I did it. Everyone said it was a weak lineup right. Everybody said, ‘eh, it wasn’t that competitive,’ and I said, ‘okay.’

“And now, I feel like I can’t let that [those expectations] down now. I said I was going to win the Olympia. I think I applied too much pressure on myself. Not so much outside pressure, but the internal pressure that I think mentally it destroyed me right after the Olympia, which caused a lot of the issues with what me and Matt went through,” Nick Walker shared.

Walker says until working with Jansen a few weeks ago, the ‘whole year was shi*’ for him. While he thought a move to Florida would help further his career, Nick felt it might have worked against him in the end.

“That caused a big split — which was just as heartbreaking for him as it was for me. The whole year to be honest, maybe until me and Matt got together, this whole year was shi* for me. Mentally I felt lost. I moved to Tampa, I thought that would have made things better, and honestly, it didn’t.

I thought maybe starting a little fresh would change the game for me and really — it just didn’t. I felt good for a week or two training at MI40, and I just went right back. What was really important to me was building the friendship back with Matt.”

Nick visited Jansen in Sept. during Hurricane Ian and said it felt like home again. He promised Matt that he will end his career with him and become his coach’s first Mr. Olympia champion.

“It felt like home again. Not so much being there [going to visit Matt during Hurricane Ian] but just me and Matt. I always promised Matt, I said, ‘I’m going to start my Pro career with you and I’m going to end it with you.’ I also promised him I’d be his first Mr. Olympia winner. And all that time in prep, none of that sat right with me.”

While Walker was unable to get in a groove during the off-season, he says he’s on a roll now.

“I couldn’t get in the groove of prep for a long time. The beginning of this prep was bad. Once me and him linked back up 12 weeks out, now we’re on a roll. And I’m very happy with what we’re doing right now,” Walker said.

According to Nick Walker, fans will criticize the best athletes in the sport regardless of their achievements.

“They will always find something wrong with you, no matter how many titles you win. I think it just gets to a point where I’m the best, fu** it. Like, say what you want, I won. That’s just how I feel,” says Walker.

When asked outright by Lewis if Walker will win the upcoming Mr. Olympia, the 2021 Arnold Classic champion had the following to say:

“Yes [I can win] 1000 percent. Everything I’ve said I was going to do, I’ve done it and I will be Mr. Olympia without a doubt,” Walker shared. “I have a great support system for it. A great coach for it, now I’m in the Dragon’s Lair — who’s gonna stop me?”

Now that Walker is in a better place mentally, he believes his body will respond accordingly.

“Again, the mind will dictate everything: it’s like if you’re in a shi**y mood. You’re not having a good day. Mentally, you don’t feel confident. Your body isn’t going to respond the way it needs to in a prep. If you believe you feel good, your body will just do its thing. Your body will just take off.”

All season long, Walker has tested his strength training with a slew of Men’s Open competitors. He pumped iron alongside mass monster Samson Dauda and former Mr. Olympia Brandon Curry.

In addition, Walker linked up with reigning 212 Olympia Derek Lunsford, who recently accepted a special invitation to compete in the Men’s Open division at 2022 Olympia. Derek hasn’t 100 percent confirmed his plan to compete in the Open, but all signs would suggest as much.

There are less than two months until the biggest bodybuilding show of the year, and Nick Walker hasn’t been shy about his career goals. A few weeks ago, Walker revealed his plan is to win as many Arnolds and Olympias as he can before sailing off into retirement. Judging by the candid conversation he had with Flex Lewis, Walker is confident he has the tools to win his first Olympia title in December.