Walker's coach claims he has the best muscle and strength endurance. 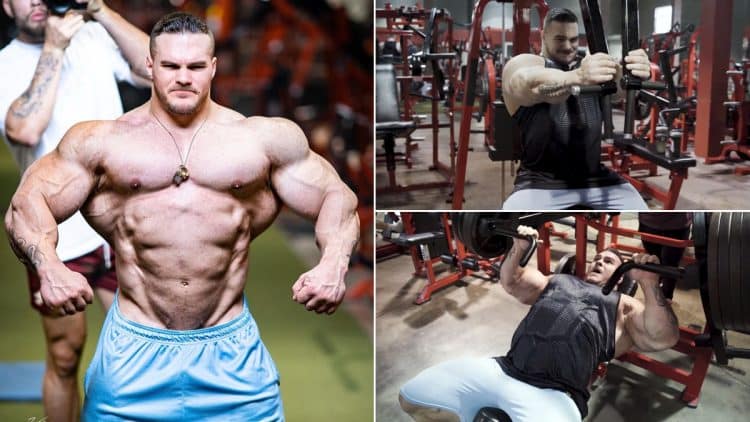 Nick Walker is an American professional bodybuilder that competes in the Open division of the IFBB Pro league. He earned his pro card by winning the 2020 NPC North American Championships and made his pro debut with a fourth-place finish at the 2020 Chicago Pro. “The Mutant” then went on to win the 2021 New York Pro, earning a direct qualification to the 2021 Olympia. The 28-year-old scored a second straight win of the year by securing the 2021 Arnold Classic trophy. Initially, many people attributed his win to the previous year’s winner William Bonac‘s absence. However, Walker defeated Bonac by taking fifth place at the 2021 Olympia—Bonac finished sixth.

The New Jersey native decided to take time off from competition after the 2021 Olympia to improve his physique and give other elite Open division bodybuilders a run for their money later this year at the Olympia. After making significant gains in the off-season, Walker started the competition prep for the 2022 Olympia in August. He recently went through a high-volume chest and biceps workout as a part of his competition prep. The video of this session was uploaded on Walker’s YouTube channel.

The Mutant is training under Coach Dominick Brandon Mutascio, who has joined him in Tampa. The primary goal of this workout was for Mutascio to assess Walker’s progress in the past few weeks and to understand where he stands in his competition prep journey. So without further delay, let’s take a look at the detailed account of this workout session.

Walker started the chest workout with the pec deck fly to target the chest. This exercise primarily targets the pectoralis major. He maintained a 15-rep range and kept adding more sets until he could perform 15 reps.

The Mutant next targeted the clavicular pec head with incline chest press on a plate-loaded machine. The machine used for this workout had three weight horns on each side at different heights (bottom, middle, and top).

The 28-year-old worked his way up to the top set with four full plates and four quarter plates on each side. He then performed three back-off sets of ten reps each by placing the weight plates on the top, middle, and bottom weight horns. After completing the last back-off set of ten reps with plates loaded on the bottom horn, Walker cranked out a few partial reps to failure and jumped on to the next exercise.

After using machines in the first two exercises, Walker took to free weights and pushed himself to do a few sets of dumbbell bench presses.

Coach Mutascio opined that he would prefer to keep the dumbbell bench press as the first exercise for their chest workouts in the coming weeks and observe how much Walker can lift for the top set.

“It’s what I was telling him before. I am an advocate of… you don’t want to pre-exhaust your chest too much doing something like (pec deck) flyes. You want to save that for doing compound movements like these…” Coach Mutascio said.

However, he admired Walker’s muscle and strength endurance and stated that he would still prefer to document the performance by reorganizing the order of exercises.

Walker next took to this exercise and performed the first set with two plates on each side. He worked his way up to the top set with three plates.

This exercise served as the finisher of Walker’s chest workout. While explaining the principle applied to this exercise, Coach Mutascio said:

“We’re usually doing the sets with 10 or 12 reps. Then (Walker) is racking it and resting for about 25 seconds and then going again. An FST-7 (Fascia Stretch Training) is doing this seven times. He’s going to do it for five, at the most six but on the last set we’re going to do a drop set and pull off a plate and he’s gonna go neutral (grip).”

Walker performed the first four to five sets with this method using two plates and finished the drop-set with one plate. This wrapped up the chest workout, and The Mutant shifted his focus to working his biceps.

Walker started the biceps routine with one of the most effective isolation exercises—the preacher curl. During this exercise, the triceps rest against the pad, resulting in greater biceps isolation. The 2021 Arnold Classic champ performed a few sets of preacher curls on a selectorized machine and moved on to the next exercise.

The Mutant next took to the free weights and cranked out a few sets of dumbbell curls to work the biceps further.

The barbell served as the finisher to The Mutant’s chest and biceps workout.

2022 Olympia is scheduled for Dec. 15 to 18 in Las Vegas, NV. The Open division has a bunch of hungry challengers working hard to dethrone the reigning Mr. Olympia champion Mamdouh ‘Big Ramy’ Elssbiay. Walker is one of the frontrunners in that category, and if he shows up on point, there is no denying that he can emerge as one of the most difficult-to-beat opponents for the champion.

You can watch the entire workout video below, courtesy of Nick Walker’s YouTube channel: