How To Do Plyo Jack – Benefits, Alternatives and Muscles Worked 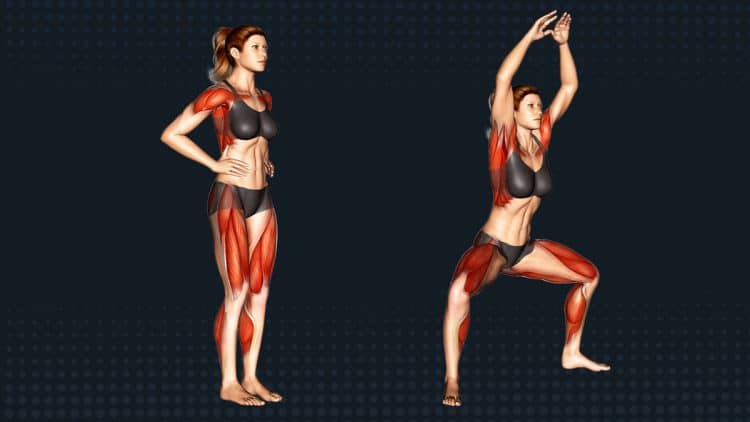 Jumping jacks are a staple calisthenics activity but aside from a decent cardio workout, they’re pretty basic. Plyo jacks are a more challenging variation of the classic exercise, adding an explosive squat that’ll have your quads screaming! Not to mention, the plyo jack is a form of functional fitness in that it involves various athletic elements that can carry over to other activities.

Check out our entire guide to plyo jacks including how-to, benefits, variations, muscles worked, and more.

How To Do Plyo Jacks

Plyo jacks are a little more involved than the classic jumping jack. But they’re still relatively easy to perform. Learn how to do them with proper technique via the step-by-step instructions and video demonstration below.

Starting position: You want to start in the same position you would a normal jumping jack standing with your feet close together.

Squat: Now before you perform a plyo jack, you should first understand proper squat form. Even if you’re not holding a loaded barbell on your back the mechanics should still be the same and it’s a habit that you should maintain.

Squat basics are hinging slightly forward at the waist, keeping the core tight, and pushing through the midfoot.

Jump: The last part of plyo jacks is jumping up and bringing your feet back together as they were in the starting position.

Putting it all together!

Now you get to put all of the steps together. Below we’ve included each step of how to perform plyo jacks.

Check out the following video tutorial for a proper demonstration of plyo jacks.

Plyo jacks have all of the benefits of jumping jacks and more. Here’s what you can expect from including this exercise in your training regime.

Plyo jacks are a plyometric exercise which is a type of resistance training that focuses on developing muscle power (a muscle’s ability to generate force quickly and explosively). The idea is to create a rubberband-like effect by pre-loading the muscles through the eccentric or stretch phase of the movement to create more force (releasing the band) during the concentric (contraction) portion of the exercise (e.g., jump).

Including plyometric activities in your workouts is a sure way to develop and improve athletic ability and overall strength.

One heck of a leg workout

While heavy squats, leg presses, and deadlifts develop the most strength and muscle mass, bodyweight squats can build muscle too. Not to mention, including an explosive element to lower body exercises should amplify the hypertrophic effects.

But don’t take our word for it. Several studies have compared the effects of plyometric vs resistance training on muscle growth and both elicited similar results. However, it was noted that plyometrics seems to have a greater hypertrophic effect on the muscles of the lower body compared to those of the upper extremities (1).

When done with sufficient effort, you should feel the burn with plyo jacks.

Build up your cardio

Combining cardio and plyometric resistance is the perfect calorie burning recipe. Plyo jacks are best performed at a challenging pace and they’ll build up your stamina which has a beneficial carryover to other activities that require endurance and conditioning.

Combined with a proper workout routine and nutrition regime, plyo jacks can help to burn those additional calories that help to strip off fat pounds. You can start off slow to get the movement down but plyo jacks are best performed quickly and explosively.

While the benefits of plyo jacks are plentiful, it’s only fair to talk about the potential drawbacks.

Not the most joint-friendly activity

While not as potentially harmful to the joints compared to jogging and long runs, plyo jacks are a moderate-impact activity. That means it may not be the best option for beginner exercisers or heavier/overweight individuals.

However, you can minimize impact on the joints with brief and infrequent sessions.

Bodyweight exercises should be a part of everyone’s training program. But at some point, they become less challenging and may only be a decent cardio activity or way to maintain your fitness. You can keep plyo jacks in your calisthenics exercise rotation, but understand they may lose effectiveness at some point depending on your goals.

We like plyo jacks for their simplicity and effectiveness but these are great variations that you should try too.

For a more explosive variation of jumping jacks, X jumps start in a squat and end in an explosive vertical jump. This movement should create even more demand for the lower body and core, although there’s a little more impact on the joints.

X jumps are better suited for people who are used to athletic movements.

While you could strap on a weighted vest to add more resistance, one of the more practical options is to use a medicine ball. Not to mention, it’s more versatile as you can include a jack and overhead press combo to work both the arms and legs.

To really emphasize the quads and glute muscles, we recommend the split squat jack. For this variation, you’ll alternate jumping lunges, switching the front and back legs for each repetition.

This variation combines the plyo jack and burpee for a total body workout. Because it involves more elements, you’ll also burn more calories too.

If you can’t do a pushup, try the following variation.

How To Incorporate Plyo Jacks Into Your Training Regime

Plyometrics training is supposed to train the explosive aspect of fitness and physical performance. For that reason, most programs are designed for this purpose. That doesn’t mean plyo training cannot be an endurance-building activity, but low reps may be optimal to maximize the focus on power output.

A great way to train this exercise is to go all out for 20-30 seconds at a challenging pace, then rest for 10-15 seconds and repeat for three to four rounds.

This method can be combined with a high intensity interval training (HIIT) session, circuit training workout, or any customized exercise program.

Plyo jacks are a lower body and core focused exercise. Learn about the muscle groups involved in this exercise so that you can plan out an optimal workout and recovery routine.

Every total body activity involves your core muscles. These includes the popular rectus abdominis that creates the most superficial six pack appearance of your midsection. They function to perform crunching movements and the deeper abdominals keep your trunk rigid for intense activities.

Then you have obliques just outside out of the abdominal muscles helping us to rotate in either direction and the spinal erectors that allow us to bend in various directions.

The gluteus maximus is the largest muscle that we have and one of the three main butt muscles including the medius and minimus. It’s a powerful muscle that extends and externally rotates the thighs and aesthetically it makes up most of the backside development.

Quadriceps muscles contribute to a large part of your upper leg mass, consisting of four heads in the anterior thigh – rectus femoris, vastus lateralis, vastus medialis, and vastus intermedialis. These muscles help to flex the hips and extend the knees like squatting down to the floor.

It’s positioned directly opposite the quads on the posterior thigh and consequently performs a contrasting action; extend the hips and flex the knees. Hamstrings play an important role in standing but also explosive activities such as sprinting and jumping. It’s also greatly involved in gait (walking) cycle to resist knee extension.

The lower leg muscles between your knees and ankles, the calves primarily consist of the larger gastrocnemius  and smaller soleus muscles but plantaris is also a calf muscle. Calves plantarflex the ankle or point them down although the gastrocnemius also assists in flexing the knee joint.

The Plyo Jack is a step up from the classic jumping jack calisthenics exercise. It adds an explosive plyometric component that engages the core muscles and challenges the lower body. Plus, there are several more advanced variations for more experienced exercisers.

This guide explains everything you need to know about getting started and progressing with plyo jacks.

A balanced fitness program includes spending time doing cardio. Whether you train in a commercial gym or set up your...