Ryan Piana believes there's more to his brother's death than meets the eye: 'His blood and urine were clean, there are questions; we need to know what happened.' 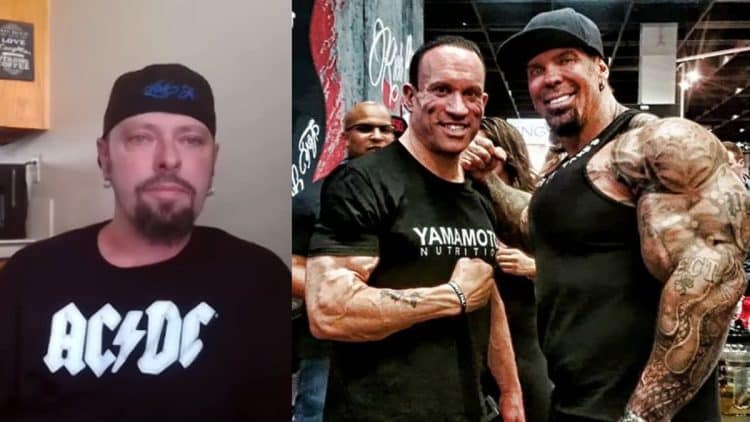 The outspoken and beloved Rich Piana shook the bodybuilding world following his tragic death in 2017 at age 46. In a recent interview, Ryan Piana discussed his brother’s passing and dropped some bombshell details about the events leading up to his death.

“There’s been things said on the internet that are not true. I mean for those things to come out is kinda weird. There’s people being looked at — and things being looked at,” Ryan Piana said while discussing his brother’s untimely death.

During the height of his bodybuilding tenure, Rich earned the respect of the community with a dedication to his craft and a desire to build one of the best physiques in the world. He was also lauded for his transparency in the sport, given his vocal nature regarding controversial topics, most notably for his opinions relating to steroids and/or performance-enhancing drugs.

In addition to his unconventional opinions about steroids, Rich was known for his massive arms, which he accomplished with his popular ‘trademark’ 8-hour arm workout program. Though, everything changed for the famous bodybuilder in 2016.

While receiving a haircut, he collapsed and hit his head. After 911 was called, a period of time passed before Rich was treated by medical professionals. He was placed in a medically induced coma as a result of a ‘medical emergency,’ and he eventually died almost three weeks later. His death left the bodybuilding community bewildered given the strange sequence of events that unfolded.

When his autopsy details finally emerged, it further fueled suspicions of foul play. The report showed a number of health issues including an enlarged heart, but an official cause of death was deemed inconclusive. Rx Muscle’s Dave Palumbo suspected something was off in the wake of Rich’s death. He argued that 40-year-olds don’t just ‘drop dead,’ and that it left him with an ‘uneasy feeling.’

And now Rich’s brother, Ryan, is calling attention to new details surrounding the tragedy. Given his brother’s mysterious death, Ryan believes there are more questions than answers at this point.

In a video with Palumbo, Ryan shared that his brother’s urine and blood tests were clean and that there is an ongoing investigation in regard to his death.

It should be noted that despite specific requests to preserve samples, the hospital discarded any toxicology samples that could have been used to extrapolate data from Rich’s urine and/or blood.

“There’s a lot of… of course, there’s an ongoing investigation about it and there’s only limited things I can say.

We need to know what happened, you know, that’s the main thing. His blood and urine were clean. There’s been things said on the internet that are not true. I mean for those things to come out is kinda weird. There’s people being looked at — and things being looked at,” says Ryan Piana.

According to Ryan, Rich’s heart was “perfect” and his blood and urine were clean. He shared that the ambulance arrived in six minutes despite numerous reports citing that it took 30 minutes.

It took six minutes. Papers don’t lie. Those things don’t lie. It was six minutes from dispatch to arrival and he was without oxygen for a half hour.”

Ryan believes something could have happened between the time paramedics were called to when Rich was ultimately put into a medically induced coma.

“There’s time in there. There are questions there,” says Ryan. “They lost some of those [samples of his blood at the hospital] yes, but the ones we do have, they were clean. There was nothing.”

He recounted a memory of Rich being in the hospital, where grief overwhelmed him.

“When he was in the hospital, there was a time where I almost had to go to the hospital. I wasn’t eating and I was just — shivering, it was like I was detoxing from something. I was shivering and not eating. I figure that was probably a part of me dying in a way. I was very sick.”

Before ending the discussion, Ryan shared that Rich always understood the risks associated with bodybuilding.

“He definitely [could have gone beyond bodybuilding]. I was always looking forward to that. There was a couple times where he kind of retired — he did some articles in some magazines that said, ‘I’m done. It takes away from my family, it makes you selfish,’ then he goes, ‘oh! I’m doing it again.’ You can’t stop doing stuff that you love.”

It remains unclear what exactly caused Rich Piana’s death five years later. Popular podcast host Joe Rogan discussed the tragedy at length and doesn’t believe the circumstances are as mysterious as his brother made them out to be. Rogan believes steroids likely contributed to Rich’s death and that the evidence suggests as much.

Five years later and new details continue to emerge in regard to the mysterious death of Rich Piana. While some thought steroids to be the culprit, his brother Ryan believes there is far more to his brother’s death than what the media has depicted.