"The Real Deal" looked back on Cutler's accomplishment and called for a special 'rivals round' at 2022 Mr. Olympia. 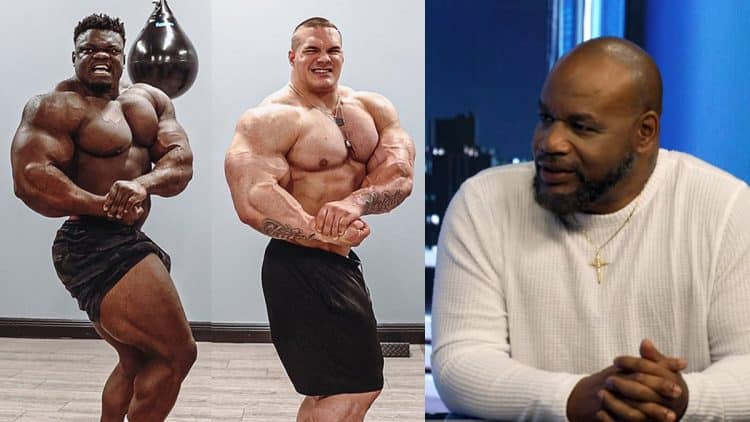 Bodybuilding veteran Chris Cormier stepped away from competing in 2007, but his passion for the sport is on display anytime he takes to a mic. Speaking on Prime Time Muscle, Cormier reflected on Jay Cutler’s historic comeback at 2009 Mr. Olympia and how rivalries elevate the sport.

Cormier led a career spanning three decades and faced the who’s who of bodybuilding. During his tenure, Cormier pushed Mr. Olympia champions on the regular like eight-time winner Ronnie Coleman, Jay Cutler, and Dexter Jackson. In addition to gracing magazine covers like Muscular Development, Cormier proved himself countless times on the Arnold Classic and Mr. Olympia stages.

According to Cormier, one of the most impactful moments of the sport came in the 2000s. Jay Cutler lost his title to Dexter Jackson at 2008 Mr. Olympia, which paved the way for an epic comeback. In 2009, Cutler became the only bodybuilder to ever win back an Olympia title that was lost. He also solidified his status as a legend at this contest with the iconic quad stomp photo.

Chris Cormier on Jay Cutler Winning Back His Title in 09: ‘He Put In The Work, It Was Amazing’

Cormier reflected on Jay Cutler winning back his Olympia title in 2009.

“That [2009] was the year of the Cutler reign coming back again. Because Jay Cutler came back after defeat in ’08 by ‘The Blade’ Dexter Jackson. I mean, he beat him fair and square. It was a great victory. I wish I could have been up there,” says Cormier.

Considering Chris’ close relationship with Cutler and Jackson, it made the 2009 contest even more special.

“It was an amazing campaign to get his title back — and it worked. He put in the work also obviously. He just retained his title, and it was just amazing to watch the whole thing and to be so closely involved with knowing both competitors. It was pretty amazing how he came back and got his title back,” Cormier said.

IFBB/NPC judge Terrick El Guindy said the victory meant a lot for Jay Cutler, who was snubbed from a FLEX magazine cover the year before regaining his title.

I know Jay personally. He did not like this. He did not appreciate this. He felt he was disrespected, and Jay will put a good face on and smile at everybody, but he was livid,” Terrick El Guindy shared.

Cormier Calls for ‘Rivalry Round’ at 2022 Mr. Olympia

“The Real Deal” called for a ‘rival round’ at 2022 Mr. Olympia. He briefly touched on the tension between Martin Fitzwater and Andrew Jacked.

“These two guys, they’re both phenomenal bodybuilders. Andrew [Jacked] is just a phenom with the size, the length to his muscle bellies and everything.

He’s got a great side chest here. I would even say as far as — I mean he has an argument [against Andrew Jacked] but Andrew is just a different animal. It’s not [Martin’s] fault. He’s doing what he can with what he has.”

El Guindy and Cormier broke down the rivalry with Iain Valliere and Blessing Awodibu. The two bodybuilders have gone back and forth online for months. Earlier this year, they joined an Olympia TV interview and fired shots at each other about size versus aesthetics.

“Blessing said, ‘I want to do the live but I want to talk to Iain Valliere and I’m going to trash talk that guy.’ Then I had to send a message to [his coach] Geroge Farah, ‘George, you have to help me contain this guy,'” says El Guindy. They went after each other. They’re going crazy and they don’t like each other.”

Cormier called for a ‘rival round’ at 2022 Olympia. He argued they are important for the growth of the sport.

“Can we do a rivalry round round [at Olympia]? Let’s get this first call-out out of the way and get all the rivals on stage,” Cormier said. “Rivalries are important for the sport. It’s important for gearing up for the show. It brings in more fans, people want to see it.”

Looking at both physiques, Cormier believes Iain and Blessing have room for improvement. He specified that Valliere needs to bring up his triceps whereas Awodibu should practice more posing.

“The side triceps before has been a little bit damaged. It’s not so much of a horseshoe. I [Iain Valliere] would go after that situation. I would go after that back double. I would show all my cuts. All the different striations that I have that he [Blessing] may not have.”

“Blessing has a nice hourglass here, he’s still working on some of his poses to perfect his physique, but I think for the most part, there’s a lot of upsides for this kid,” says Chris Cormier.

Awodibu has been a magnet for rivalries since his emergence in the IFBB Pro League. During his rookie season, he started a beef with Nick Walker but they later buried the hatchet. “The Boogieman” and Valliere continue to go at it, however.

Additionally, Awodibu recently went back and forth with Michal Krizo. Awodibu defeated Krizo when they competed against each other at an amateur contest in 2017. After Krizo earned his IFBB Pro card, Blessing called him out yet again, welcoming him to the ‘ass whooping league.’ Both men are qualified for 2022 Olympia and will battle each other next month.

Given the enthusiasm rivalries bring to the sport, Chris Cormier is excited to see what happens at 2022 Olympia. In spite of who comes out on top, Cormier is adamant rivalries are great for growing the sport.