The two-time Arnold Classic Champ Ruff Diesel gives an insight into his workout routine as he begins the 2022 Olympia prep. 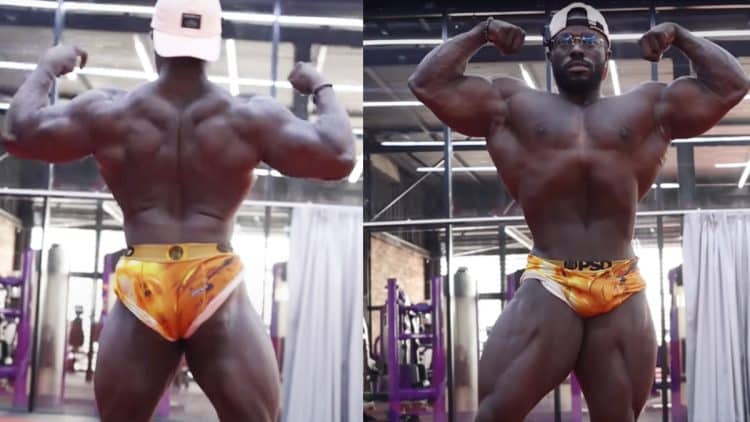 Following his well-deserved triumph at the 2022 Arnold Classic (AC), classic physique competitor Terrence Ruffin will probably face his next test at the 2022 Olympia. Ruffin has started getting ready for the forthcoming Olympia with a focus on winning the gold.

At the 2020 and 2021 Olympia, Ruff Diesel finished runner-up behind Chris Bumstead. This year, he aims to break the reigning champion’s winning streak with a leaner, bigger, and more muscular physique.

Ruffin’s 2022 competitive bodybuilding season started with a bang as he registered his second title win at the 2022 AC. He also won the Best Poser award at the show for his immaculate posing skills.

Ruffin is preparing himself with voluminous workouts to give the reigning and three-time Classic Physique Olympia champ CBum and the other elite athletes a run for their money at the 2022 Olympia, scheduled for Dec. 15-18 in Las Vegas, NV.

On July 21, 2022, the Classic Physique competitor took to his YouTube channel to take his viewers through a heavy push workout and later treated them to a physique update.

Terrence Ruffin began the workout with a couple of sets on the donkey calf raise machine.

After warming up his calves, Terrence proceeded to the first push exercise of the day — the machine chest press.

He adjusted his form to drive his back into the backrest, enabling his chest to maintain dominance over the exercise.

Next, Terrence moved to the pec deck machine. While performing the exercise, he kept his chest elevated while maintaining a slight bend in his elbows.

Throughout the reps, he focused on squeezing his pectoral muscles at the top of the motion and controlling the negatives.

On completion of the two chest exercises, Ruffin moved to train his shoulders.

He employed the progressive overload technique in each exercise. In the final set, he added a back-off set.

A back-off set is a variation of the dropset in which the same exercise is first performed with a heavy weight, followed by a lighter weight. This technique increases the volume and intensity simultaneously.

The machine side lateral raise was Ruffin’s second exercise in the shoulder routine. Since this was his last shoulder exercise, he focused on annihilating his delts by controlling his rep tempo.

The final part of the workout focused on the triceps. The first exercise in the shoulder routine was the rope push-down.

For better stability and muscle fiber recruitment during the exercise, Ruff Diesel kept his elbows pinned to his sides, core engaged, and maintained a slight bend in his back.

Initially, Ruffin just wanted to do rope pushdowns for his triceps, but Coach Hyacine Nassir convinced him to add machine triceps dips to his routine.

Hyacine concludes the video by predicting a win for Ruffin at the 2022 Olympia. Will Hyacine’s predictions will come true? Only time will tell.

You can watch the video below:

Although it is not clear when Ruffin will compete next, experts believe he will most likely step on stage later this year at the 2022 Olympia. Ruffin has begun his prep for the upcoming Olympia with his eye on the gold.

Currently, Ruffin is still quite buffed and will possibly cut down further as the Olympia nears.