Ramon Rocha Queiroz is facing controversy over his weight/height cap for Classic Physique after coming in four pounds over the limit. 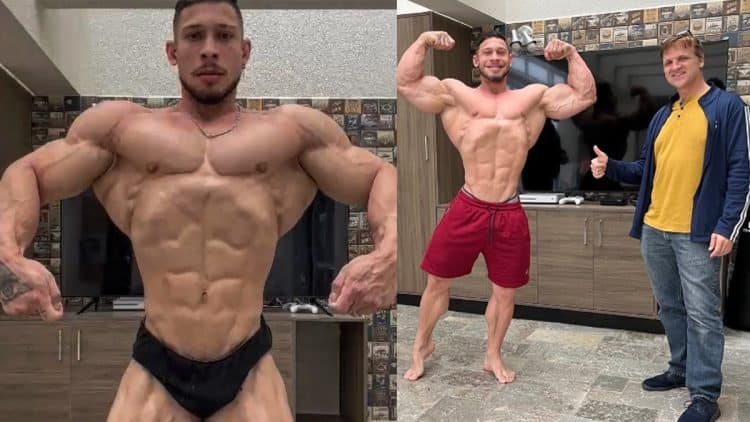 Brazil’s Ramon Rocha Queiroz’s spot on the 2022 Mr. Olympia Classic Physique stage is in jeopardy following his weight/height check-ins for the contest last night (Thursday, Dec. 14, 2022). According to his coach Chris Aceto, Queiroz attempted to weigh in but was four pounds over his allotted limit.

Queiroz is one of the sport’s fastest-rising stars in the Classic Physique division, ruled by three-time Olympia winner Chris Bumstead. In 2021, Ramon turned heads after finishing second at the Europa Pro Championships. His biceps, proportions, and symmetry stood out the moment he took to the stage. At Queiroz’s first-ever Mr. Olympia show in 2021, he secured fifth place.

For the 2022 season of bodybuilding, Queiroz kicked things off with a stellar showing at Ohio’s Arnold Classic, where he finished runner-up behind two-time champ Terrence Ruffin. While he wasn’t able to win his first pro title, fans acknowledged his high ceiling in the sport.

In September, Ramon revealed he had a surprise in store for three-time Classic Physique Olympia Bumstead ahead of 2022 Olympia. Though, it now appears he may not get the chance after his coach Chris Aceto informed the public that he missed weight following a height/weight cap controversy.

Late last night (Dec. 15, 2022), news circulated in the bodybuilding community that Queiroz was facing problems/controversy in regard to his height and weight cap. Specifically, coach Aceto informed Rx Muscle’s Dave Palumbo that he missed his weight limit by four pounds.

Note: Bodybuilders in the Classic Physique division are given weight caps, which are calculated depending on their height.

Earlier this year, Brazilian bodybuilder Marcello De Angelis faced similar controversy after he missed weight for Classic Physique; interestingly, his height was brought into question as well. Ultimately, he was disqualified and unable to compete at the 2022 Expo Super Show in Brazil.

Should the weight/height controversy resolve, Ramon will face plenty of high-level competition. Breon Ansley, who is planning a move to 212 next year, intends to win a third title and tie Bumstead’s record of three Sandows. He made it clear he’s moving to 212 in 2023 whether he wins or loses this weekend.

Germany’s Urs Kalecinski is another standout many expect to push Ramon on stage. He is entering the contest with momentum, having won titles recently at the 2022 Boston Pro and Kuwait Pro. He finished fourth at last year’s 2021 Olympia. In addition to the aforementioned talents, Terrence Ruffin plans to exact his revenge against Bumstead after finishing runner-up at Olympia for the last two years.

On Saturday, Dec. 17, 2022, the 2022 Classic Physique Olympia champion will be crowned. If any new details emerge regarding Ramon Rocha Queiroz’s weight/height cap controversy, Fitness Volt keep you updated on the developing story.