Life and Accomplishments of William Bonac 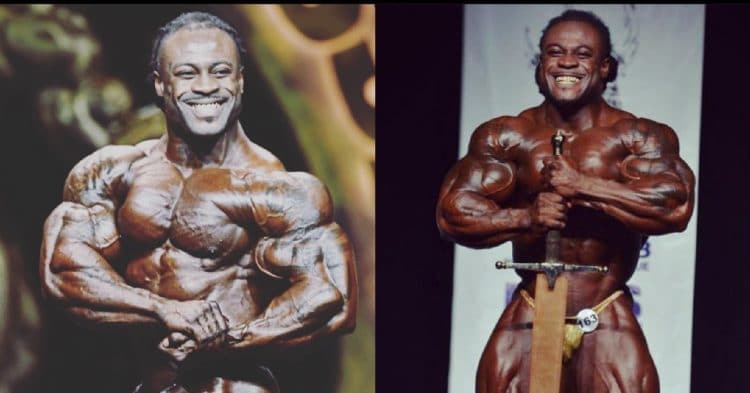 William Bonac is an IFBB Professional bodybuilder and sponsored athlete from Ghana. This is his complete profile, biography, training regimen, diet plan, and more.

William Bonac is a Ghanaian IFBB Pro bodybuilder who currently resides in the Netherlands.

At age 13, he began training as a form of stress release and then eventually relocated from Ghana to Australia where his bodybuilding career began. Bonac was Inspired by the legendary Flex Wheeler and Kai Greene of which really fueled him train harder. He’s also a big fan of the iconic Arnold Schwarzenegger and during his speech after winning the 2018 Arnold Classic Ohio, Bonac told Schwarzenegger, “getting the trophy from you is like a fairy tale“.

Before Bonac’s rise to stardom through, he went through a rough patch after losing his job and home which led to him having to sleep in his car. But that was just a life test for “The Conquerer” of which he not only overcame but reached a level few could ever dream of.

He’s known for his humble attitude and amazing work ethic which has consistently earned him a top 3 spot in major bodybuilding shows on several different occasions.

William “The Conqueror” Bonac has truly earned his nickname and few competitors in the Open division have been as consistent as he has. Bonac continues to improve every year and that’s really what separates him from most.

Bonac garnered attention after placing third at the 2011 Arnold Amateur in the Men’s Heavyweight. And from there, we saw the gradual climb that would lead to his best Olympia finish in 2019, placing right behind the Mr. Olympia champion Brandon Curry.

Last year, he was the runner-up at the Arnold Classic as well and his most notable victories were the prestigious Arnold Classic shows in 2018 and 2020.

Bonac shared a few workout sessions that he did 6 weeks out from the 2020 Arnold Classic of which he won. We’ve provided the details for one of his back and biceps workouts.

Bonac trains back twice a week. One day focuses on width while the other session focuses on thickness. The following workout is for thickness.

William Bonac has some of the most impressive arms in bodybuilding and arguably all-time which he actually measured in January. Turns out he had 57cm/22.4inch arms which is monstrous. Here’s what he does to grow his pythons!

Heck, we’ll throw in a recent chest and triceps workout that Bonac did after the Arnold Classic too since these are some of his strong points as well.

His second training tip is to keep the shoulder back to avoid pressing with the shoulders, especially when you reach fatigue. Then the last tip is to hit the chest from all angles for full development.

Bonac’s favorite chest exercise is the dumbbell close-grip press which is really an amazing exercise for getting a great contraction and it’s also a good tricep developer as well.

Alright, now for the workout.

For triceps, Bonac explained that it’s very important to feel a connection with your triceps. Therefore, it’s best to start light and then gradually build up the weight but not at the expense of proper technique.

Bonac did a full day of eating 7 weeks out from the 2020 Arnold Classic. He stores a lot of meats and his wife preps his meals for him to have throughout the week. His diet is rather simple too of which he often just eats the same things. If you’re familiar with meal prep then you’ll understand how efficient it is to stay simple.

We’ve provided the details for his meal regime below.

William Bonac was coached by the famous Neil “Yoda” Hill who is also the coach of many big names such as Flex Lewis, Roman Reigns, model and Ryan Terry, Steve Laureus, Jon Delarosa, Alex Cambronero, Cody Drobot, and Mike Sommerfeld.

Hill worked with Bonac during his rise to stardom, however, things got pretty sour between the two when Bonac fired Hill after he said that the latter took a large percent of his winnings. Consequently, the two went back and forth after Hill responded, and let’s just say they don’t have the same type of relationship anymore.

Bonac said that he’d be better off alone of which he did end up doing just fine, achieving the best Olympia finish of his career last year. Not to mention, he won the 2020 Arnold Classic. So, it’s going to be interesting to see how he comes into the 2020 Mr. Olympia competition.

But there’s no doubt he’s going to place in the top 5 as he usually does, bringing great symmetry and conditioning.

William Bonac is a true inspiration and indeed, a Conquerer. He learned a valuable life lesson which is to never give up despite how difficult the inevitable challenges are in life. Bonac just gets better and better like a fine wine and it’s always exciting to see him on stage competing with the best of the best.

The 2020 Olympia is going to be a real test for a lot of competitors with all of the changes that have happened recently but “The Conquerer” is going to be someone to keep an eye on this year as a possible contender for the title.