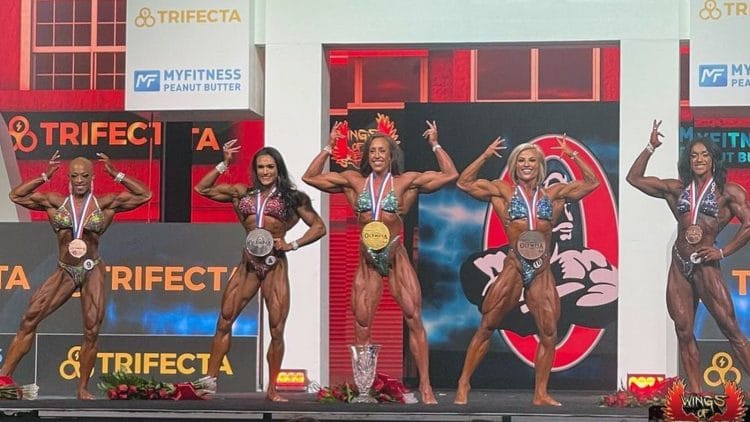 Sarah Villegas is still the Women’s Physique Olympia champion. She has won the contest after beating Natalia Coelho, who came in second place, as well as Brooke Walker, who landed third, and a whole slew of other athletes competing at the 2021 Olympia, from October 7th-10th, in Orlando, Florida.

There was a bit of excitement surrounding the Women’s Physique Olympia this year, as fans were interested in seeing if Sarah Villegas could retain her title. She captured the championship last year after beating two-time champ Shanique Grant, who decided to shockingly retire and focus on her health and family.

So with the former champ out of the contest, despite major offers to try to get her back onstage, the rest of the competitors had a wide open lane to attempt to surpass Villegas and win the title. In the end however, it was Sarah Villegas who reigned victorious by the weekend’s conclusion, winning her second straight title.

Yet it is safe to say that this did not come easy for her, as she had to take out 17 other women to win that title. Among these, was Natalia Coelho who came in a closely contested second place, and Brooke Walker who finished the event in third place in her first appearance on the Olympia stage.

Check out the official Women’s Physique Olympia results below!