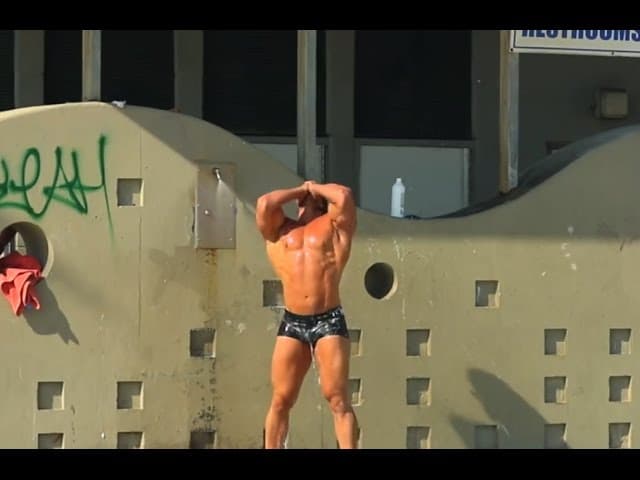 Last week in Part 1 of the My Carb Backloading Series I gave an introduction to what carb-backloading is and some of the variations of the diet. This week I will dive into what kind of effect carbohydrates have on our bodies, why backloading can be effective, your choice between utilizing simple or complex carbohydrates and talk about if refeeds are necessary while doing carb backloading.

The first thing I want to address is people’s concern that eating carbs in the evening is a surefire way to gain fat. You’ve probably heard the worst thing you can do is to eat carbs at night because they won’t be burned off and they’ll be stored as fat. I don’t believe that to be true (although I once did) but it’s especially not true with carb backloading. I will explain that later, but for now let’s look at some studies that go against the thinking that carbs at night are bad.

Firstly there have been numerous studies done on Ramadan fasting which has a meal pattern of eating a lot of carbs at night that showed neutral or even positive affects on body fat percentages. If you look more specifically at the intake of carbs at night only, there was a study done in 2011 that was published in the Journal of Obesity on 78 Israeli police officers. The group was placed on a low calorie diet, but both groups consumed the same amount of calories, carbs, protein and fat. The difference was they split them up into one group who ate most of their carbs in the evening and a control group who ate their carbs spread more evenly throughout the day. The diet ran for 6 months and they ran blood samples and took hunger scores. The results showed the group eating their carbs in the evening lost 27% more body fat and felt 13.7% fuller than the control group. Adding to this was that the level of inflammatory hormones, which can lead to heart disease and cancer, decreased by 27.8% in the evening group while the control group only decreased by 5.8%.

Carbohydrates greatly impair fat utilization by raising the hormone insulin. High insulin levels also drive up the hormone cortisol, which tells the body to store energy as fat. When you eat carbohydrates at a meal, fat burning is stalled for the remainder of the day. So if you eat carbohydrates in the morning you are hampering your body’s ability to burn fat right off the bat. If we can keep insulin levels low by avoiding carbohydrates, we can accelerate fat loss. Since insulin sensitivity is at its highest in the morning and lowest in the evening, it would stand to reason that avoiding carbohydrates during the morning and early afternoon, or really as long as possible, would be best for enhancing fat loss.

We don’t just want fat loss though, we want our precious muscle too, right? With carb backloading resistance training is done later in the afternoon or into the early evening when insulin sensitivity is at its lowest levels. It is well known that for the maximum amount of muscle growth via post-workout nutrition you need high amounts of fast digesting protein and fast digesting carbs. During your training you will be depleting your muscles of glycogen (stored carbohydrate in muscle) and they will be primed to take in glucose, but your fat cells won’t. So the carbs you will consume post-workout will be used to feed your muscle tissue, leaving little if anything leftover for fat cells. Sounds pretty good doesn’t it?

The other thing that comes into play with carb backloading is whether you want to choose complex or simple carbs in your post workout meal. If you main goal is fat loss, which is generally the goal when backloading is done, a complex carb is the better option in my opinion. If your goal is to gain more muscle, a simple carb is probably the better option as the fast insulin spike will help drive those nutrients into your muscles. Keep in mind, however, the increased insulin levels could also lead to some fat gain too, not to mention a fast insulin spike will immediately lower testosterone levels. You can’t really go wrong with either option, it’s just a personal preference based on your goals.

So to recap, with carb backloading we are avoiding carbs during the most insulin sensitive parts of the day and thus avoiding interfering with fat loss. We weight train later in the day when our bodies are the least insulin sensitive. The weight training will increase our muscles insulin sensitivity making them primed for glucose uptake, which you will give them via your post-workout carboyhydrates as well as proteins. Since we’ll be doing this carb loading at a time when fat cells are the most dormant, it makes for pretty sound plan.

Now for the issue of whether or not to include a refeed with carb backloading. Obviously it’s up to each individual, but I honestly don’t think refeeds are all that necessary with backloading. Only if you are going really truly low/no carb do I think it becomes necessary. Perhaps if you’ve been doing it for a while and you reach a plateau it could be of help. Also, the leaner you get the more likely you are to need a refeed. If you do decide a refeed is necessary you can do so once per week. The idea is to eat as many carbs as you want while keeping fats as low as possible. A lot of people believe in going crazy eating pizza or anything they want to get the carbs in, but I personally have a hard time doing any kind of diet that not only introduces junk food, but has you eat junk food in abundance.

If I were to refeed I would stick to my normal healthy complex carb sources and eat a lot of them. I’m not by any means saying you can’t get results eating the simple variety, but for me it just doesn’t fit my lifestyle. Some people swear by this method and also like it because it allows them to eat the foods they want but normally can’t have. This can be a big boost mentally for some people who struggle eating healthily most of the time. If they are able to eat those foods they crave and know they can look forward to eating them, caving into temptation is less likely and the chance to stick to a plan increases. Just like with your post-workout meal, this is simply each individual’s choice. Either way will do the trick, and you can utilize both complex and simple carbs with your refeed if you want.

Well that’s it for part two of My Carb Backloading series. Next week in part three I’m going to tell you all about my experience with carb backloading. I’ll tell you how I went about it, some alterations I made and the results that came with it. As always, feel free to ask any questions you may have!