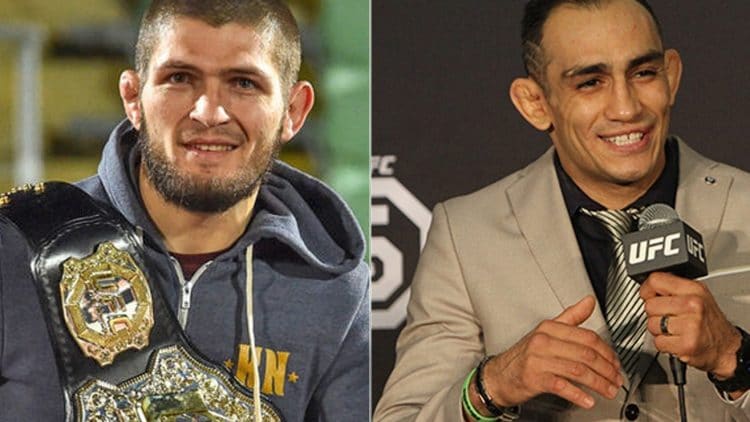 Undefeated UFC lightweight champion successfully defended his title after defeating former two-division champion Conor Mcgregor via submission in the fourth round at UFC 229 earlier this month. Shortly after losing the bout Mcgregor called for a rematch with ‘Eagle.’ It’s apparent that their rematch could break the PPV records which their first fight just set by selling 2.4 million PPV buys.

But UFC head honcho Dana White has some other plans as he wants to see former interim lightweight champion Tony Ferguson, not Mcgregor getting a shot at Khabib Nurmagomedov’s title next.

“As a fight fan, you’ve gotta go with Tony,” White said. “Tony had the belt, tweaked his knee, got stripped, (McGregor vs. Nurmagomedov) happens. Tony never lost the belt in a fight. (Quotes via MMAJunkie)

“Neither did Conor, but Conor actually got the opportunity to fight for the belt. I think Tony deserves the next shot.”

GREAT answer. As a fight fan, I agree. pic.twitter.com/2QdkeElzqf

Since the Mcgregor rematch is off the table, Ferguson is favorite to get a shot at Khabib’s title next. Both Khabib and Ferguson have been scheduled to face each other for the four times in the past but the nagging injuries and botched weight cut didn’t let two lightweights to throwdown inside the Octagon. ‘El CuCuy’ coming off a TKO win over former champion Anthony Pettis in the co-main of UFC 229 earlier this month and after the victory, he’s riding on 11 fight win streak.

Of course, before anything get final, Khabib has to get through the Nevada State Athletic Commission first for his role at UFC 229 post-fight melee on October 24, where he’s expecting further suspension and fines that could sideline him for an undetermined amount of time.

MattDoesFitness, a.k.a Matt Morsia, is a YouTube bodybuilder, known for trying different fitness challenges. This time, he gave the diet...