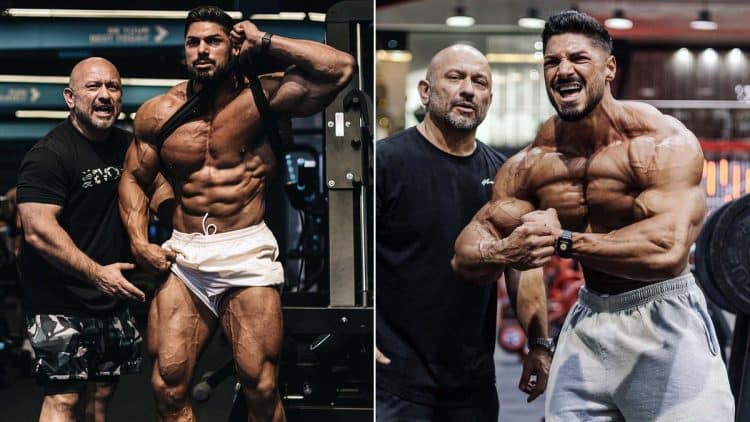 Romanian bodybuilder Andrei Deiu is one of the most popular Men’s Physique athletes in the IFBB. The Pro bodybuilder is also a famous fitness influencer and a fitness model. In a recent video uploaded to his YouTube channel, Deiu announced that he would be leaving Men’s Physique in favor of a switch to Classic Physique next year.

Two-time Mr. Olympia competitor Deiu first made headlines after earning his IFBB Pro card at the 2017 Amateur Olympia. Deiu’s potential in the sport was evident and he emerged as a serious threat in the Men’s Physique division.

Andrei’s partnership with Rambod and Team Evogen started to yield results quickly. He made his way to the 2019 Romania Muscle Fest Pro and took the top prize home with his incredible conditioning. The win earned him his qualification for the 2020 Olympia, where he secured a fifth-place finish in his debut.

The 28-year-old continued his impressive run with a dominant win at the 2021 Texas Pro. He returned for his second showing at the 2021 Olympia but had to settle with a seventh-place finish, falling two spots below his last finish.

In August, Deui was last seen in action on the stages of the 2022 Texas Pro. He went into the contest as the reigning champion but was not able to defend his throne as Daniel Ammons eventually defeated him.

In a recent video posted on his YouTube account, Andrei Deiu announced his decision to leave the Men’s Physique division. He explained that he will be moving to Classic Physique next year.

“After my last show at the Texas Pro, where I came second, the feedback I got from them was that my arms were getting a little too big. Honestly, I haven’t even trained them in the last year or so and haven’t even done anything to make them grow. I think the physique they are looking for in Men’s Physique category is not a look that I actually fit.”

He added that he likes to hit many of the poses used in other divisions outside of the Men’s Physique category.

“Every time I do a session with Hany Rambod, or even on my own, I like to flex. I like to hit double biceps, side chest, and so on; these bodybuilding poses not Men’s Physique poses. I feel like my physique looks more impressive when I hit these poses rather than just doing a Men’s Physique pose like front and back… I feel like I can’t show my physique, my muscle bellies, striations, the way I want to show my physique on stage.”

Andrei further explained that he does not enjoy training for Men’s Physique as much. After consultations with his coach Hany, Andrei decided to make the switch to the Classic Physique division.

“On top of that, I haven’t even been training the way I want to train… I can’t even train the way I really want to train. If I can’t enjoy the way I train, then I don’t think it’s for me anymore.”

Deiu is yet to earn his qualification for the upcoming 2022 Olympia. About two weeks ago, he shared a chest workout he used to get shredded while building his physique.

If the latest updates are any indication, Andrei will continue to improve as he works alongside the likes of Hadi Choopan and Hany Rambod. While this season appears to be ending for Andrei, he can focus on making a statement next year in his new division.