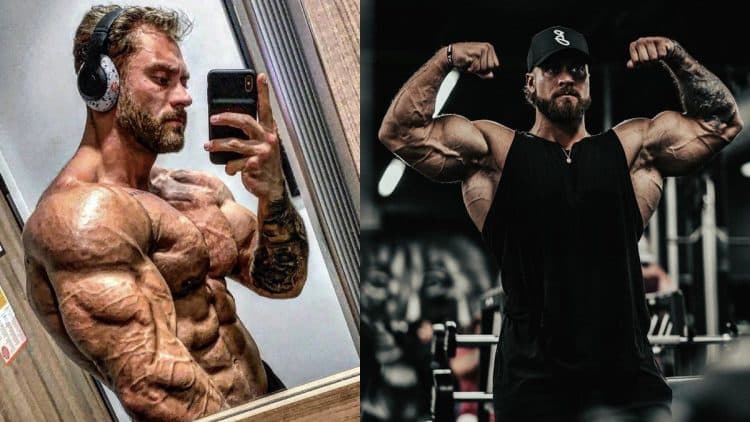 Canadian bodybuilder Chris Bumstead is one of the most famous and successful bodybuilders of the modern era. In a contest prep video, Bumstead reflected on his ‘champion mentality’ ahead of the upcoming 2022 Mr. Olympia contest.

Men’s Open division competitor Iain Valliere served as the longtime coach of ‘C-Bum.’ Valliere secured a seventh-place finish in both his Olympia debut in 2020 and in 2021. He earned his qualification for the 2022 Olympia with a win at the Vancouver Pro in July. Last month, Bumstead revealed that he would no longer be working with Valliere as he wants to focus on his own bodybuilding career.

Given the incredible success the pair achieved working together, Valliere’s departure led many to speculate about Bumstead’s future performance. ‘C-Bum’ later joined forces with prolific bodybuilding guru Hany Rambod as his new coach. He also shared a lean physique update just eight weeks out from the Olympia. He looked absolutely shredded as his contest prep ramps up.

About two weeks ago, Bumstead found a creative way to power through a quad injury he sustained in a previous workout. He utilized an Electric Muscle Stimulation (EMS) machine to “contract the muscles harder without putting strain on the injury.”

In a recent video uploaded to his YouTube channel, Chris Bumstead shared a motivational clip giving insight into the champion mentality he has while in prep for 2022 Olympia, scheduled for Dec. 15-18 at Planet Hollywood Resort & Casino in Las Vegas, Nevada.

“What I found is that winning doesn’t happen on show days. It happens in early mornings, painful workouts, long cardio sessions, and hungry nights. It happens in those moments of fear we all have when faced with a difficult goal and then more so what you make of that fear. It happens in every second of every day before you win.

If you can take every opportunity you have to bring yourself closer to your goal, win every one of those opportunities all the while become more resilient in the process, how can you lose?”

“A medal on your neck and a trophy in your hands provides but a moment of relief. Maybe a surge of excitement but one that will quickly and surely fade. Then you’re back to square one, faced with new decisions. Can I do it again? Will I do it again? Why?”

“Paradise is found in how you choose to look and act in this world. Paradise, like our goals, may not really be a destination but an endless horizon we secretly don’t want to reach.”

“Having a champion mentality isn’t about the trophies, medals, or success. It’s about having no quit. It’s not letting anyone hear you complain, standing up for all you believe in, living your truth, and setting the standard at which you operate at for everything in your life.”

Last week, Chris Bumstead shared a jacked physique update just seven weeks out from the show. He went through a series of poses while showing off his insane conditioning.

RELATED: Bodybuilder Chris Bumstead Tearing It Up With A Heavy Leg Workout In Prep For 2022 Olympia

Bumstead goes into the contest as the favorite to win another Classic Physique Olympia title. According to bodybuilding veteran Chris Cormier, Bumstead easily outsizes his competition but still has a little room to grow.

Based on his mental fortitude, it’s clear Bumstead is determined to defend his throne at 2022 Olympia.