Bannout took issue with the sparse 2023 Arnold Classic lineup expected to compete in seven weeks: "if it doesn't have 18 to 20 contestants, it won't be good enough." 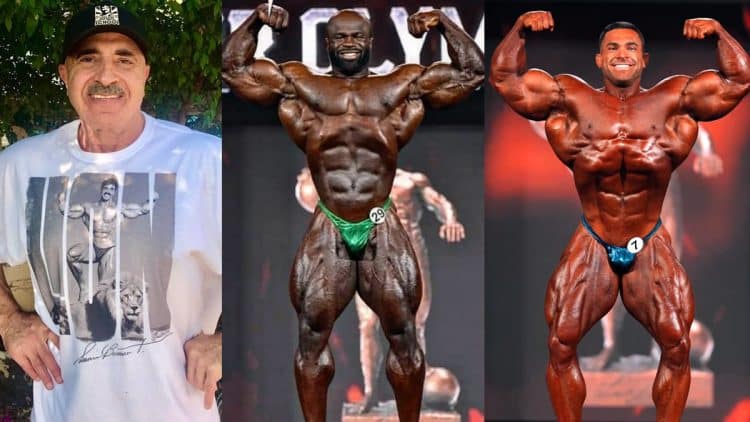 All eyes are on the upcoming 2023 Arnold Classic, set to take place in the first week of March. In the latest Muscle Maturity Podcast, Samir Bannout discussed who might shake up the roster on the Ohio stage in seven weeks.

The competitors lineup was revealed a week ago, and already, many have named 2022 Olympia sixth-place finisher Samson Dauda, and two-time reigning 212 Olympia Shaun Clarida as favorites. In addition, William Bonac, a two-time Arnold Classic champ, will make an appearance after his recent drop to ninth place at Olympia, respectively.

Given that over 30 Men’s Open bodybuilders were on stage in Las Vegas at 2022 Mr. Olympia nearly a month ago, some thought the upcoming show in Ohio would feature more talent. Blessing Awodibu, winner of the 2022 Indy Pro and New York Pro, was initially on the roster but made it clear he needed extra time off to make improvements to his physique.

Charles Griffen was also invited but opted out following his 14th place finish a few weeks ago. With record-setting prize money, Samir Bannout discussed the upcoming 2023 AC contest, and named a few Open competitors he believed would benefit from taking part in the contest.

During the video, Bannout was shocked by the lack of constestants slated to compete in Ohio.

“Maybe John Hansen should compete, he’ll make the top 10,” joked Samir Bannout. “Hey you’ll get a check bro, there’s not that many people competing. I don’t know, this is crazy. For $300,000 – I might start taking my supplements again and make a comeback.”

According to Bannout, if the upcoming Arnold Classic doesn’t have 18 to 20 competitors, it won’t be an adequate representation of bodybuilding talent.

“Oh my God. I mean this is the lowest number of contestants that I have ever seen,” Bannout said. “The Olympia or the Arnold Classic — if it doesn’t have 18 to 20 contestants, it won’t be good enough. I mean six guys at a show. Come on man. This is really… it’s like fu**, even Pee-wee Herman could make money now if he competed.”

“I think if Arnold [Schwarzenegger] makes some calls right away, like, ‘hey come to this show.’ They would probably come over,” Bannout replied. “They have to have at least 10 to 12 contestants bro, this is not fun. Yeah, it’s true [having Olympia in December creates problems]. Arnold is in seven weeks.”

Considering he was runner-up at 2022 Olympia, Samir would like to see Derek Lunsford make a surprise appearance at the Arnold Classic. He added that Hunter Labrada should also compete but only under the guidance of his father, IFBB Hall of Famer, Lee Labrada, and nutritionist Keith Klein.

“You never know. Maybe a surprise entry by Derek [Lunsford]. Hey man, the money is good. I think Hunter from where he is now [should do the Arnold] but there’s a big but here: he needs to get back with his dad and Keith Klein [nutritionist] and listen to every word they say for the next seven weeks.”

After shocking the Open class at 2022 Olympia, Bannout is confident Derek Lunsford could do some major damage at the upcoming Arnold Classic.