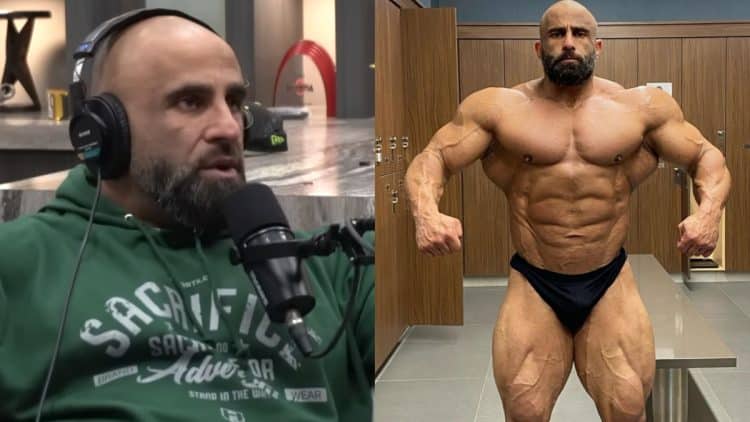 Canadian bodybuilder Fouad Abiad moved on from professional competition a few years ago but remains a trusted voice in the community. In a recent YouTube video, Abiad opened up about his struggles with kidney problems and issued a plea for upcoming competitors to take care of their health.

Fouad Abiad made waves in the Canadian regional circuit as a Men’s Open competitor during the late 2000s. He gained attention for his impressive musculature, symmetry, and conditioning. He earned an invite to the Mr. Olympia contest in 2008 and placed 17th in his maiden appearance.

Abiad established himself as a consistent athlete in the IFBB, taking part in numerous competitions throughout his career, including four appearances at the Arnold Classic shows. In 2015, Abiad turned in a stellar performance at the IFBB Europa Supershow and handily won the first prize. He followed that up with another sensational performance at the IFBB Vancouver Pro, scoring back-to-back wins before placing second at the Tampa Pro.

His final appearance came at the 2017 Arnold Classic, where he finished in sixth place. Although he intended to continue competing, a tricep injury kept him on the sidelines. He decided to hang up his posing trunks after the untimely deaths of George ‘Da Bull’ Peterson and former Mr. Olympia champion Shawn Rhoden.

Fouad Abiad reveals kidney struggles that forced him to retire

In a recent YouTube video, Fouad Abiad elaborated on his battle with kidney issues that plagued his career and eventually forced him into retirement.

“It was a major reason why I retired,” said Abiad. “There were physical injuries, tears, and stuff like my tricep tendon. But the main issue is I want to be around for my wife. We don’t have kids. It’s me and her. I don’t want to leave her alone.”

“We’re doing stem cells for my kidneys. There’s been some really good studies done on kidney regeneration through stem cells. So, I’m going to go that route in February and have him do that because your kidneys don’t regenerate. There’s no supplements you can take. There’s no diet you can be on. Once they’re scarred, they’re scarred. This is kind of like a last chance. I’m in a place now where they are good, they are okay but if it goes further… I don’t want to end up on dialysis when I’m 55 or something. For those who don’t know, your kidneys are going to degenerate as you get older regardless of what you do.”

There have been other cases when bodybuilders struggled with kidney issues. Bodybuilding legend Flex Wheeler needed a kidney transplant in the later stages of his career in 2003. However, even the transplanted kidney is now showing signs of failure.

Fouad Abiad candidly talked about his health problems in a recent podcast with Flex Lewis.

“I love bodybuilding. The last two years since I retired it’s been very hard for me. I just miss going to the meetings, being part of the whole thing. I miss getting on stage and doing all of it. It was really internal. That’s why I stress people now to get their blood work done.

“I don’t express these things for sympathy. I express these things because hopefully some 25 year old kid out there that wants to be a pro is not thinking it’s do or die. I want people to realize that there is a way to mitigate your issues so that you can continue to bodybuilding and love the sport. No one says healthy but it can be healthier than the way I did it. A lot of bodybuilders bury their head in the sand and pretend they’re fine, which is what I did too. You don’t have to. There’s so much now too.”

Fouad shut the door on a potential return to the sport.

“Even if I do stem cells and my kidneys are fine, I’m not ever going to compete again.”

Bodybuilding icon Ronnie Coleman, who holds the joint record for the most Sandow trophies with Lee Haney at eight, also dealt with health issues after retiring. He had more than 10 back surgeries and now struggles to walk on his own, though he recently admitted many of his health problems were caused from football injuries. He recently underwent stem cell treatment and reported positive results.