Coleman, an eight-time Mr. Olympia, reflected on his current health: 'I was pretty bad there for a long time, but now everything is good.' 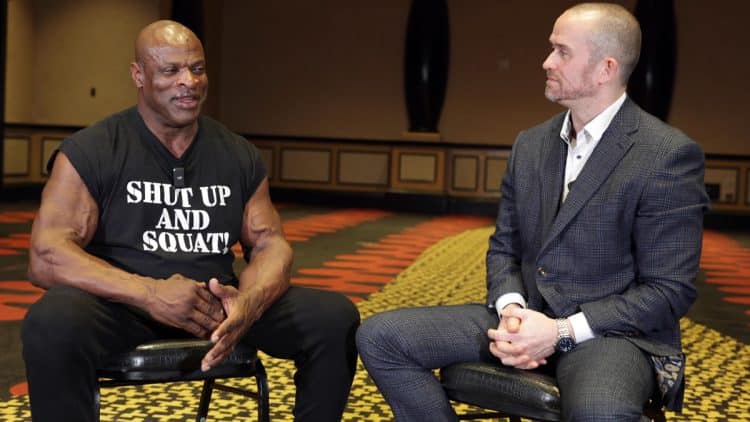 Bodybuilding legend Ronnie Coleman is starting off the new year with a clean bill of health. After getting his blood work done, Coleman reflected on his injuries and shared how stem cell treatment helped save him from debilitating pain.

During his IFBB tenure, Ronnie Coleman separated himself from the rest of the bodybuilding world with unparalleled size, conditioning, and willpower. He is tied with Lee Haney for most Olympia victories ever recorded at eight.

In addition to possessing near-superhuman strength, Coleman became a bodybuilding superstar while competing against Jay Cutler. Following an eight-year reign and an intense rivalry, Coleman finally surrendered his title to Cutler in 2006. Years after their respective careers ended, Cutler stressed the difficulty of matching Coleman’s ‘extreme’ training style.

Coleman has been open about his health post-bodybuilding. In 1996, he suffered a herniated disc. Since then, he’s undergone more than 10 back surgeries, which affected his ability to walk. Even though he’s struggled with these issues, he doesn’t regret anything. In the coming months, Coleman said he hopes to walk unassisted for the first time in years.

Speaking with Giles Thomas, Coleman talked about some of the injuries he sustained before bodybuilding. He also described his experiences using stem cell treatments.

Ronnie Coleman: ‘My Injuries Came From Playing Football’ Not Bodybuilding

Ronnie believes bodybuilders today aren’t lifting heavy weight anymore because they think that’s how he injured his back. However, Coleman said he was having back problems ‘way before’ bodybuilding’ when he played football.

“A lot of the guys nowadays — ain’t nobody lifting no heavy weight, especially you know – after they seen what happened to me but what a lot of people didn’t really know is — my injuries in my back came from me playing football. I hurt it really bad my sophomore year, then I hurt my neck really bad. I was doing a lot of chiropractic [procedures] in my sophomore year in college all the way until I started bodybuilding,” Ronnie Coleman shared.

“I’ve been having back problems way before bodybuilding,” Coleman said. “I rehabilitated my back by doing deadlifts and squats, bent over rows, and all those exercises to strengthen my back, to get it to be able to do those heavy weights.

Ronnie revealed he needed to see a chiropractor daily because he partially herniated a disc back in college.

“I would take work off and go to the chiropractor every single day. Every day when I was in college. I would go every day because I was in that bad of shape. I hurt that bad. Maybe, partially herniated a disc when it first happened. Same thing with my neck too because I was having some neck problems back then too.”

“Well right now I’m trying to do like [stem cell injections] every four months, in Mexico. I started probably about a year ago and I went like twice every four months and then I took off about nine months — and the pain came back fierce. I went back and it was the last time I went. I was in a massive amount of pain. Like three days later, the pain disappeared. Just that quick.

As a result of the stem cell treatment, Coleman’s pain had completely disappeared.

“That increases the stem cell treatment. That helps improve the stem cell functions of healing and like I said, I think that’s why three days later my pain just totally disappeared. It went from fears keeping me up, sharp pains at night, to zero pain at all.”

While he had issues with his cholesterol and liver function at first, Coleman said those problems are starting to resolve.

“Everything has been working out pretty good for me lately. I just had my latest blood work done – I get those done every four months. This last one was the best I’ve ever had out of the last three I’ve had done. My cholesterol was really high at one point. My kidneys were off really bad, my liver was off really bad, yeah, [from the medications].

Everything now is perfect. My cholesterol is the best it’s ever been. HCL, LDL, he said that my kidneys were perfect. My liver was just a little bit elevated but that’s to be expected because I take a lot of vitamins and stuff. He said for the most part, that was the best one ever. Everything is all good,” Coleman added.

As for training, Coleman still experiences numbness in his feet and legs but hasn’t let that stop him from exercising regularly.

“I still have problems with the numbness in my feet and legs. The guy was saying after about two years of stem cells, some of my nerves should start to regenerate after that.”

The legend put his training skills to the test recently after joining his old rival Cutler for a fun workout. They pushed each other in the gym while getting hyped up by fitness influencer Jesse James West.

Having led one of the most successful bodybuilding careers of all time, fans are happy to see Coleman in good health. He still lives with numbness in his legs, but credits stem cell therapy for drastically improving his quality of life.