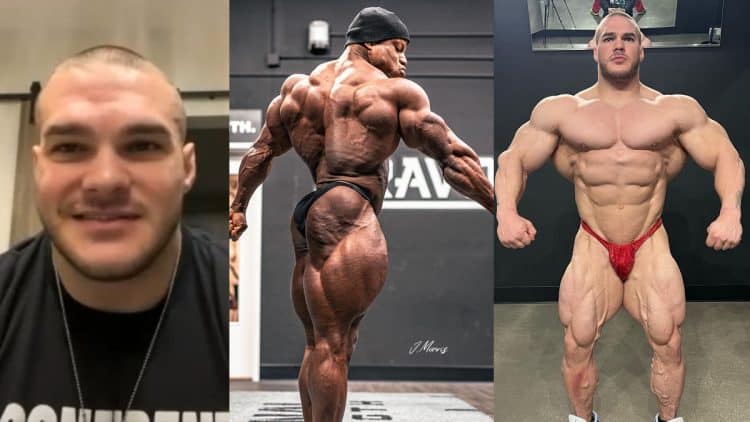 Bodybuilder Nick Walker is set to challenge for the 2023 Arnold Classic title, scheduled for Mar. 2-5 in Columbus, Ohio. In a recent YouTube video, Walker shared his predictions for the upcoming contest and backed Shaun Clarida as the biggest threat.

Nick Walker gained attention for his huge build and impressive muscle mass in 2021 as a Men’s Open competitor. He kicked the season off with dominant wins at the New York Pro and Arnold Sports Festival, where he defeated the likes of Iain Valliere, and Steve Kuclo. He got an invite to compete in the Mr. Olympia competition the same year and placed fifth in his debut.

Walker is coming off an impressive performance at the 2022 Mr. Olympia. There was a lot of hype going into the show based on his physique updates. He made significant improvements from last year, presenting a slimmer waist with a more pronounced v-taper.

The 28-year-old cracked the top three and even defeated two-time Mr. Olympia winner Mamdouh ‘Big Ramy’ Elssbiay in the process but wasn’t able to get past Derek Lunsford, and Hadi Choopan. Following the result, Walker suggested he would not participate in the 2023 Arnold Sports Festival.

The organizers announced the final lineup for the 2023 Arnold Classic earlier this month, with eight competitors in the Men’s Open class. Although Walker was not on the list, he later got confirmed for the event.

Walker will face intense competition from reigning two-time 212 Olympia champion Shaun Clarida, who will make a splash in the Open division at the contest alongside former 212 Olympia winner Kamal Elgargni.

In a recent YouTube video, Nick Walker shared his thoughts on battling Shaun Clarida at the 2023 Arnold Classic in two months.

“Because of my confidence in myself, I have him number two. He’s a threat. Shaun Clarida is very dangerous. He might be small but he’s like the perfect bodybuilder. If he’s peaked correctly and someone falls short, he’s jumping up. Considering me and him have the same coach, we are both going to be peaked to the fullest.”

“Yeah, first will be me and second Shaun Clarida. People really underestimate Clarida. A lot of the talks he’s not included for first or third spot… Seeing him up close in person, it’s different.”

Shaun Clarida and ‘The Mutant’ are friends but when they step on the stage, it will be all business. ‘The Giant Killer’ is determined to leave his mark in the Open class and made it clear he will be there to beat anybody.
Walker plans to earn his second Arnold Classic title in less than two months. Over the past year, he’s made it clear that his goal is to win as many Arnolds and Olympias as possible.