Hadi Choopan Gets a Hero’s Welcome in Iran After Winning 2022 Mr. Olympia

‘The Persian Wolf’ received a heroic welcome back home after becoming the new Mr. Olympia 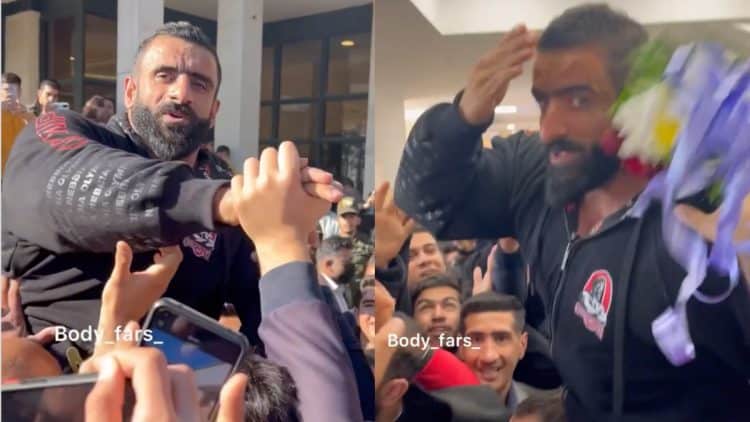 The 58th edition of Joe Weider’s Olympia Fitness & Performance Weekend ended earlier this month with the crowning of a new champion in the Open division. Two-time Mr. Olympia winner Mamdouh ‘Big Ramy’ Elssbiay entered the contest as the favorite to defend the throne. It was no easy task as he went against a lineup of proven veterans and rising sensations.

Former 212 champion Derek Lunsford accepted a special invite to compete in the Men’s Open class after his coach Hany Rambod voiced concerns about his ability to make weight safely for 212. Lunsford’s impressive guest-posing appearance at the Pittsburgh Pro helped earn him the invite, adding even more excitement to the show.

In the end, the ever-consistent Hadi Choopan finally secured his first Sandow trophy at the 2022 Mr. Olympia. He created history by becoming the first Iranian to win the contest and dedicated his win to the women and people of Iran who have taken a stand in the politically-torn country.

Hadi Choopan gets a hero’s welcome in Iran after winning the 2022 Mr. Olympia

In a follow-up clip, the celebrations continue as the crowd cheers for Choopan’s historic achievement.

Following the win, Choopan faced backlash about his conditioning from veteran Rich Gaspari. While many saw Choopan’s win as a positive sign in the Open class, Gaspari took issue with Choopan’s back development. He drew a comparison with six-time Mr. Olympia winner Dorian Yates and bashed modern bodybuilders for a lack of proper conditioning.

Hadi fired back with a comparison of his own. He compared Gaspari’s arms with legendary bodybuilder Ronnie Coleman. He suggested Gaspari take into consideration the change in lighting and camera angles. Seven-time Mr. Olympia winner Phil Heath chimed and supported Choopan.

It’s nice to see Hadi Choopan receiving praise from his home country. His latest victory will surely inspire bodybuilders coming up in the IFBB Pro League.