Hany Rambod On Training Chris Bumstead for 2022 Olympia: I Wasn’t Trying to ‘Reinvent The Wheel’ 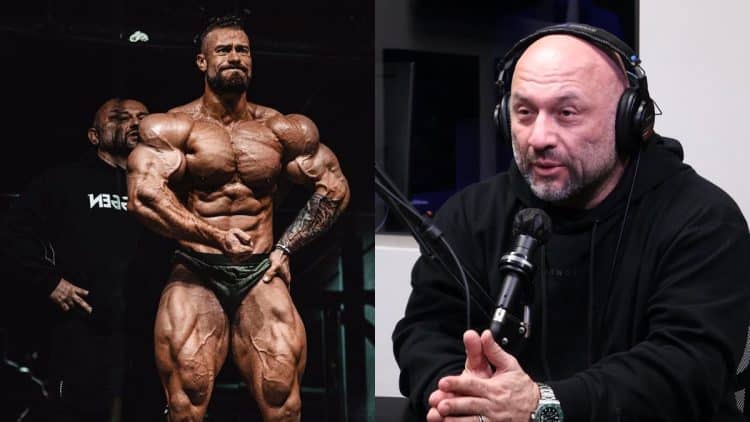 Canadian bodybuilder Chris Bumstead has enjoyed a meteoric rise in the IFBB Pro League. He is coming off a sensational performance that won him the 2022 Mr. Olympia, held Dec. 16-17 last year. In a recent episode of The Truth podcast, renowned bodybuilding coach Hany Rambod opened up about his experience working with Bumstead and revealed the biggest challenge he faced.

Reigning four-time Classic Physique Olympia champion Chris Bumstead first gained attention for his impressive physique in 2017. He kicked the season off with a win at the Pittsburgh Pro and followed it up with another impressive performance at the Toronto Pro Supershow. He made his Olympia debut a few months later and placed second.

‘CBum’ edged out former two-time champion Breon Ansley to win his maiden Olympia trophy in 2019. He firmly held on to the throne and managed to ward off several proven contenders and budding prospects each year since first winning the show.

Considering the incredible success the pair achieved together, Valliere’s exit led to speculation about Bumstead’s physique on stage this season. Bumstead later joined forces with renowned bodybuilding guru Hany Rambod to get ready in the final eight weeks of his prep for the most prestigious fitness showcase in the world.

Bodybuilding Hall of Famer Chris Cormier believed there was a lot of pressure on Rambod leading up to the show. He suggested the blame would fall on Rambod if ‘CBum’ did not show up in shape.

In a recent episode of The Truth podcast uploaded on YouTube, coach Hany Rambod shared his experience working with Chris Bumstead and the challenges he faced in preparation for the 2022 Mr. Olympia.

“Chris has been very open about his health issues. He has to be super conservative with everything that goes into his body. We’re talking about foods, just everything. He doesn’t do junk food, he eats organic, he eats minimal gluten. I mean everything that has to do with inflammation he stomps out completely. For me to build on that and try to understand it in the short amount of time that we had was very difficult. Contrary to public opinion, we didn’t have months and months together.

“We had about I would guess around 14 weeks together. I had that amount of time to learn a new athlete who has a medical condition, who has a lot of different things I have to work around. He has a different training style than me. Getting him introduced to the FST-7 training style with high volume and being able to do those kids of things.”

He revealed that developing a bond with Bumstead on a personal level was the toughest challenge for him.

“I felt like with Chris, getting to know him personally was the hardest thing. I know Courtney much better than I know Chris. Chris, we’ve only spoken a couple of times since the Arnold. That was it. Getting to know somebody at that level is a huge part of my coaching dynamic because what I do is I have to understand what makes that person tick and what that person’s go buttons are…

Rambod took help from Iain Valliere to get Bumstead ready

Rambod also enlisted help from Valliere to get more information on Bumstead’s prior preps and training practices.

“They had such a great success together with Chris and Iain. So, talking to Iain several times on the phone. We had some really long conversations of things that they did in the past, things that worked and didn’t work. Being able to just pick his brain, and understand so I’m not going to reinvent the wheel. I’m just trying to make it stronger.”

In spite of the obstacles, Chris Bumstead came out on top for the fourth time in a row. He extended his lead as the winningest Classic Physique athlete in Olympia history. He has shown no signs of slowing down anytime soon and emphatically declared his hunt for the fifth trophy at the next year’s Olympia event.