Podcast host Joe Rogan competed to see who could do the most push-ups after his 'sober October' challenge and he won comfortably. 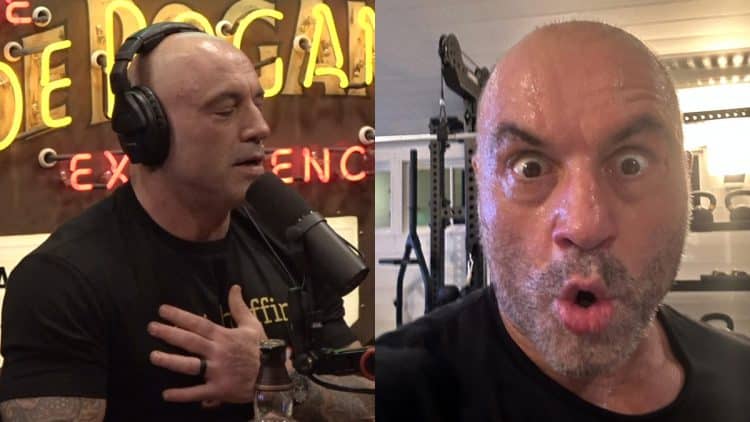 Joe Rogan hosts the most popular podcast in the world in addition to his role as a UFC color commentator. In a recent episode of the Joe Rogan Experience, Rogan won a push up contest with 75 reps against his friends who also took part in the ‘sober October’ challenge.

As a commentator in the UFC (Ultimate Fighting Championship), Rogan is widely regarded as one of the best in the business with decades of experience on air. A taekwondo champion and proficient in Brazilian jiu-jitsu, Joe offers unique insight in his analysis of a fight. Besides his work on the mic, Rogan is passionate about stand-up, having sold out countless venues.

In June, he praised Marvel superstar Chris Hemsworth for his insane physique in the latest installment of the Thor movie franchise. Rogan hinted there was a chance that Hemsworth took steroids for the role but argued it did not take away from his hard work.

Rogan has been a lifelong fitness enthusiast and has hosted various professional bodybuilders on his show. He weighed in on the timeless aesthetics versus size debate, where he preferred a healthier look from the Golden Era of bodybuilding. He believes the mass monsters of the Open division nowadays have taken it too far and warned against the dangers of competing in today’s era.

In addition to Rogan’s warning, seven-time Mr. Olympia Arnold Schwarzenegger has also spoken about the sport’s dangers. In the past, Schwarzenegger has said Classic Physique is the future, and labeled bodybuilding as the most dangerous sport in the world.

In a recent episode of Joe Rogan Experience, Rogan took on a contest to find out who could do the most push-ups. Only those who took part in the ‘Sober October’ challenge were a part of this contest. Rogan ultimately smashed past an insane set of 75 push-ups to win comfortably.

Joe Rogan does not shy away from confrontation and expresses his opinions freely. In July, he fired shots at internet sensation Liver King for his claims of being natural. While joined by Dr. Andrew Huberman on the show, Rogan dismissed any possibility of King being natty, saying, “just shut the f**k up, that guy is on steroids.”

It should be noted that in the past, Rogan has shared his steroid cycle. In June, Rogan went into detail, explaining which substances he uses to stay in shape year-round.

Liver King issued a fiery response back at Rogan, asking for the opportunity to get on his podcast and correct what he believes to be a dangerous narrative coming from one of the UFC’s voices. Last week, King called him out for a debate again and stressed he would ‘kill him with kindness instead of spears.’

Rogan has shown no signs of slowing down. The 55-year-old has carried a high level of fitness into his later years and this feat is just more proof of his dedication to being healthy.

The push-up (or press-up for our British readers) is the most popular and widely performed exercise on the planet. Almost...