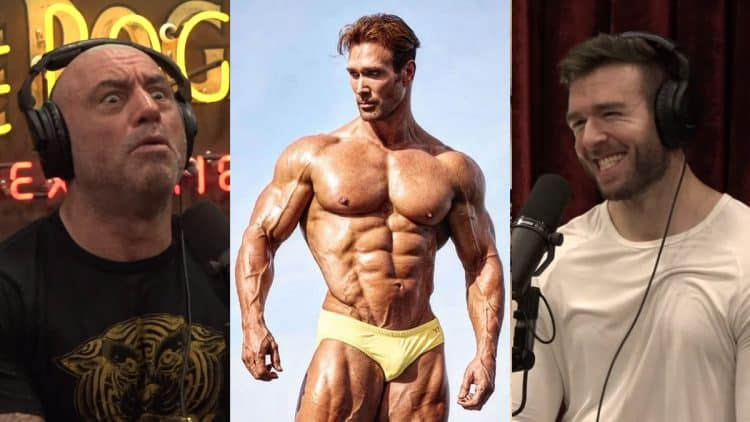 UFC color commentator and comedian Joe Rogan has the most popular podcast show on the planet. In episode 1905 of the Joe Rogan Experience, Rogan hosted Derek from More Plates More Dates (MPMD) to examine Mike O’Hearn’s massive physique and discuss the adverse effects of taking steroids.

Old school bodybuilding veteran Mike O’Hearn has established himself as one of the most famous athletes. O’Hearn got his start in bodybuilding before venturing into strongman and powerlifting competitions. He was crowned Fitness Model of the Year seven times and has also graced the covers of several magazines. He developed a unique style of training called Power Bodybuilding, which focuses on building strength as well as achieving hypertrophy.

The fitness icon is also a successful actor, widely recognized for his role as Thor and Titan in the 1990s TV Series American Gladiator. In August, O’Hearn gave fans a sneak peek into his preparations for his role as Brad Vanderhorn in the upcoming bodybuilding film Magazine Dreams. He showed off his ripped physique to get his 2 million followers on Instagram hyped for the project.

The four-time Mr. Natural Universe titleholder is revered for his incredible aesthetics and health even at the age of 53. O’Hearn teamed up with Joseph Baena, son of bodybuilding legend Arnold Schwarzenegger, for an old-school workout that targeted the back muscles. Having worked out for well over three decades, O’Hearn shared some pearls of wisdom with Baena to inspire longevity.

Given the impressive physique O’Hearn maintains, there has been speculation about whether O’Hearn is all-natural. He insists he has been natural for his entire life but has faced criticism from those alleging to the contrary.

In a recent episode of the Joe Rogan Experience, Rogan shared his breakdown of Mike O’Hearn’s monstrous physique while hosting Derek from MPMD. The conversation was inspired by the recent exposé of internet sensation Liver King, which Derek did earlier this week.

Derek: “Mike O’Hearn, you ever seen him? Mike O’Tren. He says he’s natural. He even responded to the Liver King thing.”

Rogan: “Yeah, I saw that guy on a plane once. He’s gigantic. Is it possible?”

Derek: “That’s the thing, who knows man? If Coleman looks the way he did, is it possible this guy can be a hyper-extreme outlier? He’s 53. The thing though that’s problematic is that he does nothing to prove otherwise. He could easily go get a blood test and a drug test and prove people wrong.”

In September, Mike O’Hearn issued a fiery response to the rampant steroid allegations that got lodged against him, particularly by fitness influencer Kenny KO. He labeled the criticism as fodder for tabloid YouTubers who would use any excuse to disparage him.

Joe Rogan and Derek talked about O’Hearn’s comments justifying his muscular development from a young age. However, neither of them was on board with the explanation.

Rogan: “It’s so funny the eye test, when you look at someone and you go ‘yeah, that’s possible.’ But when you look at The Rock or Liver King or that Mike O’Hearn guy, it’s like ‘get the f**k outta here.’”

Derek: “Yeah, the Mike O’Hearn example, it’s wild that he leans, he doesn’t go as hard as Liver King, but it’s weird he definitely likes to poke fun at it even though he will not go out of his way to show any blood testing or do anything to reinforce his natural status other than ‘look at me, at 15 years old I’m bigger than you now. So obviously it’s just natural progression.’ It’s like yeah, you’re a genetic freak which is why you look the way you do now.”

Rogan: “That’s a very good point because there’s a lot of people that if they took testosterone, a bunch of different steroids, they still would look like sh*t… Jesus Christ, imagine saying you’re 53 years old, natural and built that way. That is crazy. It’s insulting. The guy has obviously got incredible genetics and obviously works very hard but also, saucy, it’s a little saucy.”

Derek: “He sold some potentially unethical products too like he said duck eggs are far superior than normal eggs which I don’t know I haven’t even looked at it to see if that’s true. But he was selling a duck egg extract product for $700 or something and very much implying that it was supporting his physique. The commercialization of the thing that is not responsible for your physique is very very frowned upon.”

Read also: Joe Rogan Calls on The Rock to ‘Come Clean’ About His Steroid Use

Former Mr. Olympia Samir Bannout offered his two cents on O’Hearn’s claims that testosterone levels don’t dip in men as they get older over a month ago. The renowned bodybuilder-turned-analyst opposed O’Hearn’s stance and insisted testosterone is very important. Bannout made no hesitations in stating that all men need testosterone at some point or other in their lives even if O’Hearn was the exception.

Bodybuilding legend Frank Zane carved out a wildly successful career in the IFBB and witnessed the sport change throughout his...