The former 212 Olympia champion plans on competing in the Open at the 2022 Orlando Pro, Texas Pro, and the Ronnie Coleman Classic consecutively. 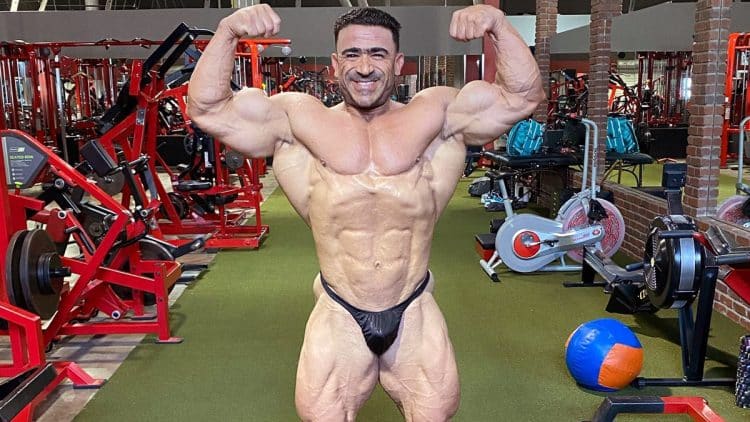 212 Olympia champion Kamal Elgargni is the latest bodybuilder to try his hand in the Open class. In a recent Instagram post, Elgargni broke the news that he intends to compete in the Open at the 2022 Tampa Pro, Texas Pro, and the Ronnie Coleman Classic.

Kamal Elgargni is a 50-year-old with an incredibly balanced physique. He gathered momentum in 2018 after winning the Arnold Classic title on his first try competing at the show, a distinction held by one of his training partners, Men’s Open star Nick Walker. After winning the prestigious event, he proved himself on the sport’s biggest stage and earned third place in the 212 division at 2018 Olympia.

In 2019, Elgargni won his lone 212 Olympia title, defeating the likes of runner-up Derek Lunsford and Shaun Clarida. Kamal proceeded to enter Olympia in 2020 but found himself in second place after Clarida exacted his revenge and won the 212 title. While Elgargni tried to get redemption in 2021, he was unable to stop his former opponent Lunsford from getting his first Sandow trophy.

The 212 bodybuilder announced on Tuesday his current plan is to compete in the Open three times in the next few months. He intends to hold his debut in the new class at the 2022 Tampa Pro before taking his talents to the Texas Pro, and finally the Ronnie Coleman Classic.

Kamal Elgargni Will Compete in Men’s Open at Next Three Shows, Reveals Weight of 224-Pounds

In a recent post made to social media, Elgargni announced that he will take on all comers in the Men’s Open division at the 2022 Tampa Pro, Texas Pro, and the Ronnie Coleman Classic.

As it stands, the 2022 Tampa Pro is scheduled to take place on Aug. 6, 2022, in Tampa FL., which will serve as Elgargni’s debut in the Open class. A week later, he intends to compete at the Texas Pro on Aug. 12-13, in Irving, Texas. Elgargni revealed that he feels great ahead of his debut and is currently weighing 224-pounds.

“I feel great. I feel really, really good. I am actually 224-pounds at the moment, 223. This is what I’m seeing first thing in the morning. I packed on a lot of mass.” “This is the plan. This is what I wanted to do. Hopefully I put my name in these three shows and all of them are going to be the Open. I’m not going to do the 212 anymore for these ones, not right now.”

As of this writing, his focus is on the Open, and will assess his place in the 212 division when the time comes.

“We’ll see what happens for Olympia, if my body responds. Then, we will decide from there. I see myself ready now, to jump in now and do the show. What weight I am now, it’s going to be very, very difficult for me to go down to 212.”

To prepare his body for a Men’s Open debut, Elgargni admitted that he’s packed on a lot of muscle mass as of late. Surely training alongside 2021 Arnold Classic champion Nick Walker has only helped him with the new venture.

“My physique completely changed. I packed on some really good mass on my body all over. It’s going to be fun. I’m going to go there, show what I got and again, prove to these people who say Kamal is getting old. I’m going to show them again and tell them that age is just a number.”

Elgargni isn’t the first 212 competitor to make the anticipated switch to the Open. Last year, Shaun Clarida earned the nickname “Giant Killer” after he won his Open debut at the 2021 Legion Sports Fest Pro when he defeated some popular names in the division like Regan Grimes and Sergio Oliva Jr.

Meanwhile, Lunsford, another one of Kamal’s former foes, is also eying a move to the Open. However, the reigning 212 champion has yet to commit to a Men’s Open show. He has been in the headlines consistently after his coach Hany Rambod expressed concern about him making the weight for 212 at Olympia this year.

Olympia President Dan Solomon joined the conversation and agreed with Rambod that Derek is ‘nowhere close to 212’ at this point. Solomon hasn’t announced if Lunsford will receive a special invitation, but signs are certainly pointing in that direction.

2022 Olympia is shaping up to be one of the most competitive shows in the event’s history. Should Kamal Elgargni win a pro show in the Open, he will be qualified to compete at Olympia in either the 212 class or Men’s Open.