Krzysztof Wierzbicki is making some insane progress in his 'Road To 500 KG Deadlift'. 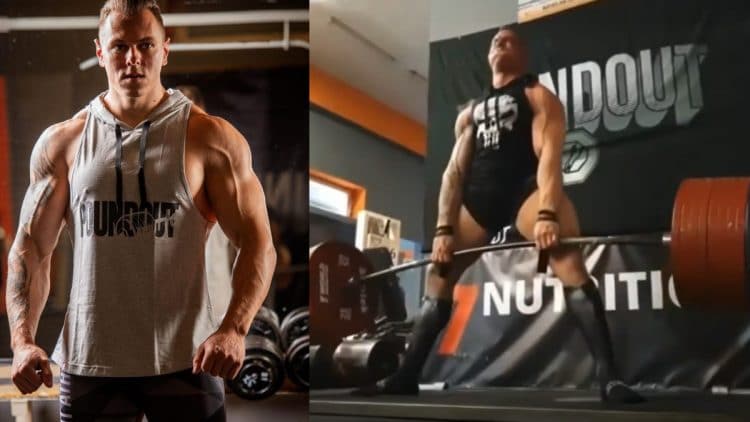 The greatest deadlifter in the 100 kg and 110 kg weight classes, Krzysztof Wierzbicki, is giving us some more impressive feats of strength to admire. It is a well-known fact that Krzysztof is an absolute beast, but he just posted one of the heaviest deadlift sets that have ever been done. On April 12th, Krzysztof Wierzbicki posted an Instagram story in which he was seen deadlifting 461 kg (1016 lbs) for three insane repetitions.

Krzysztof Wierzbicki is deadlifting with a sumo stance, and he only used lifting straps to aid him in the lift. He also did this amazing set without a lifting belt, which makes it even more impressive. Despite this being only 4 kg (8.8 lbs) lighter than the All-Time Heaviest Deadlift in powerlifting set by Danny Grigsby, Wierzbicki managed to pull the first two reps relatively easily and only struggled on the last rep.

Krzysztof Wierzbicki is very open about his aims of deadlifting 500 kg (1102.3 lbs), as he put ‘Road To 500 KG Deadlift’ in the caption of his profile. Only two men have ever been successful in lifting this much weight. Eddie Hall was the first one, and he lifted exactly half a ton. Hafthor Björnsson then claimed the World Record by pulling 501 kg (1104.5 lbs).

Krzysztof is one of three powerlifters who have the potential to hit 500 kg in the near future. The other two are Danny Grigsby and Jamal Browner. There are also a few Strongman athletes who are chasing this feat of strength, but Ivan Makarov and Peiman Maheripour stand out the most.

Krzysztof Wierzbicki is coming from Poland and is representing his country in the greatest way possible. He is currently 31-years-old, but he has already claimed World Records and prestigious titles. Krzysztof started competing in 2007 and accumulated 37 sanctioned competitions since then. He won 27 of them, which include some of the most prestigious contests in the sport. In the process of competing, Krzysztof claimed the All-Time World Record Deadlift in the 100 kg & 110 kg weight classes.

Krzysztof Wierzbicki does not reveal how his prep is going or when he will compete, so whenever he posts something as incredible as this deadlift set, it surprises everyone. It seems like he has made some valuable improvements, and it could be just a matter of time before Krzysztof will attempt the 500 kg deadlift.