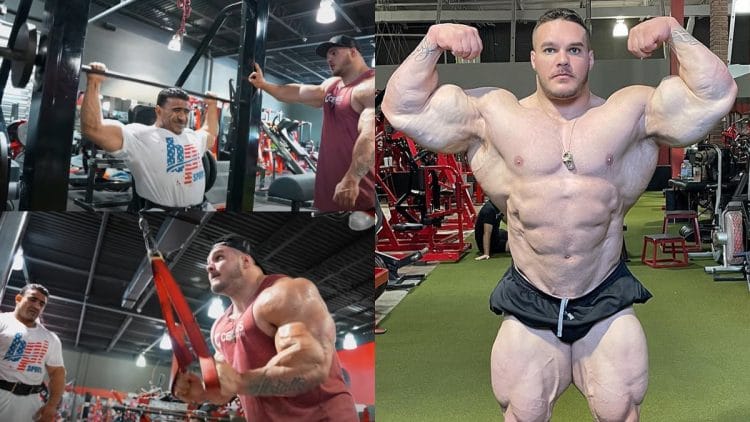 It didn’t take long for Nick Walker’s presence to be known among the top names in the IFBB Pro League. His nickname “The Mutant” is apt because he sports some of the biggest guns in the game. Walker’s 2021 season of bodybuilding was stellar, and he kicked it off by winning the 2021 New York Pro. This victory earned him a qualification to compete at 2021 Mr. Olympia.

Walker then prepared his physique for the Arnold Classic in the same calendar year. He won the prestigious event on his first attempt and then took his gargantuan build to Mr. Olympia, earning fifth place in his debut at the show.

Similar to Walker, 212 competitor Kamal Elgargni has also won the Arnold Classic on his first attempt competing at the show in 2018. He followed that victory up by competing at Mr. Olympia the same year, earning third place. Elgargni reached the pinnacle of the sport in 2019 and won the 212 Olympia title. Given the accolades Elgargni has achieved during his time in the sport, it’s an ideal opportunity for a young and hungry bodybuilder like Walker to learn a few tricks from him.

In a recent YouTube video, Walker and Elgargni practiced a total of nine workouts, which you can find below.

“Alright, so, we are back with another training video. We got Kamal here again. We’re going to be doing some shoulders. High volume stuff.” Walker shared.

Walker and Elgargni begin with a warm-up movement, practicing four sets in the four to six rep range.

After completing a couple of sets, Walker and Kamal add a weight plate and continue.

“So I’m doing these a little different. Normally, I kind of just press up. I’m focusing more on squeezing at the top like Kamal does, and it’s a lot harder.” Walker explains.

Next, Kamal and Nick move to dumbbell side lateral raises for two sets of five reps approximately.

“Training with Kamal is a different type of ballgame. I’ll say it once, I’ll say it again, that’s called work right there.” Walker says.

The two bodybuilders decide to proceed with smith machine behind the neck shoulder presses for two sets of eight to nine reps.

After both athletes complete two sets of ten reps, Walker asks if there’s still time to hit another workout.

“You got find to film some tris? Let’s do it.” Walker says.

“Biceps the other day. I liked that. Let’s do two sets and one pull”. Kamal tells Walker.

After finishing some triceps exercises, Walker and Kamal call it a day. According to Walker, he doesn’t really train arm days anymore.

“That is the end of today’s shoulder and triceps workout. I do triceps at the end of shoulders. He did a little bit but he has another arm day. I don’t really do arm day anymore.

“You don’t need it.” Kamal laughs.

Walker mentioned again how much he enjoys training with former 212 Olympia Elgargni because of the motivation he takes away from each workout.

“But yeah, overall, really good workout again. Like I say, training with him has been really fun, real motivating, espeically since he’s a lot older and still kicking ass. Walker says. So, I’m excited to keep training with him. Hopefully my whole prep, and the rest of his prep and keep going from there.”

Walker says that if he had it his way, he and Elgargni would train together for the entirety of their Olympia preps. Nick was impressed by Elgargni’s ambition and work ethic during their training session.

The 27-year-old New Jersey native has mentioned in the past that one of his goals during the off-season is to add muscle mass while still maintaining a tight waist. From the looks of things, off-season preparations for Walker and Elgargni appear to be coming along smoothly.