Peiman Maheripourehir has unfortunately withdrawn from the 2022 WSM, but he still has plans for the future. 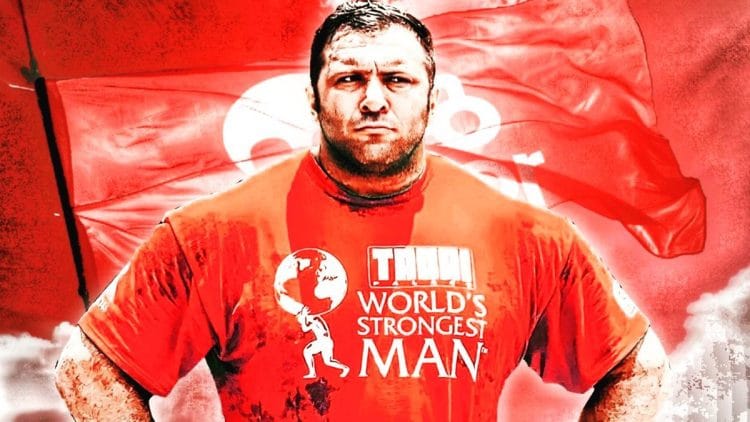 After four years of hard work in order to once again secure his place in the most prestigious Strongman competition, Peiman Maheripourehir has unfortunately been massively disappointed. Peiman was on the initial roster for the 2022 World’s Strongest Man, which will take place from May 24-29, in Sacramento, CA. However, he and the WSM team have encountered difficulties in securing him a travel visa. For that reason, Peiman would not be able to enter the USA, which forces him to withdraw from the competition.

According to a rough translation of Peiman’s statement from his Instagram story, he should attend the contest next year. It seems like the 2023 World’s Strongest Man will also happen in the USA. So they will start working on his travel visa for that competition much earlier in order to avoid this problem.

Peiman Maheripourehir will not let his spirit diminish, and already has new plans for this year. It is widely known that he is one of the greatest deadlifters in the world, having pulled 481 kilograms (1,060.4 pounds) at the 2021 WRPF World Championships. Peiman also scored a 492-kilogram (1,084.6-pound) deadlift in training.

His incredible deadlift prowess and feats of strength are what earned him a place in the 2022 Giants Live World Open & World Deadlift Championships. The competition will take place on Aug. 6, 2022, at the Motorpoint Arena in Cardiff, Wales. Peiman Maheripourehir will attempt to deadlift 505 kilograms (1,113.3 pounds), and if successful, he will earn a reward of $55,000.

Who will replace Peiman Maheripourehir?

Manuel Angulo of Chile will take Peiman Maheripourehir’s place in the 2022 World’s Strongest Man. His most recent major competition was the 2021 Official Strongman Games, as he took part in the Masters Men 40+ age division. Manuel is still very strong and his 400-kilogram (881.8-pound) axle deadlift is the best proof of it.

Peiman Maheripourehir would have been a great addition to the contest, as the events for the 2022 WSM looked very suitable for him. It would have been Peiman’s third time competing at the highest stage, so his desire would also push him to give his everything.

Peiman Maheripourehir previously took part in the 2017 WSM & 2018 WSM, but failed to qualify for the finals for both years. In those competitions, Peiman had the honors of competing against Hafthor Björnsson, Zydrunas Savickas, Nick Best, and Big Loz.

You can watch Peiman Maheripourehir win the “arm over arm” event from the 2018 WSM here:

The withdrawal of Peiman Maheripourehir will be an enormous loss for the 2022 World’s Strongest Man contest, as he would have a chance to qualify for the finals. However, this also means that he will now have more time to prepare for his deadlift world record attempt. Judging by his recent training footage, Peiman Maheripourehir looks absolutely ferocious and is currently the greatest favorite for that record.