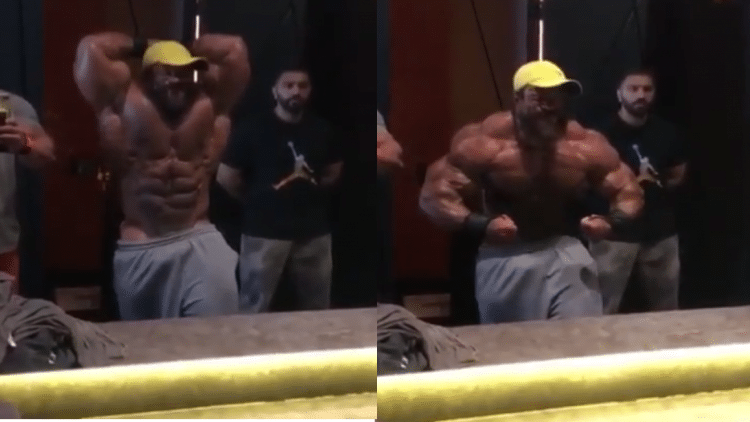 Roelly Winklaar is one of many people’s top picks for winning 2019, Mr. Olympia. He decided to show off some poses to prove why that is deserved.

Winklaar has been training hard for the 2019 Mr. Olympia. He is very much aware of the stakes for this competition, as a new champion will be crowned.

That is why he has been training with other top competitors like William Bonac, to prepare for this massive event.

However, Winklaar does not necessarily need to train with others to be successful. He quite clearly gets a ton of hard work in without them.

Roelly WInklaar is looking like an unstoppable force of nature, three and a half weeks away from the Olympia.

Additionally, it appears that he has been putting on some size, as he is more than just defined. However, the poses that he is practicing here definitely highlight how much time he has spent in the gym, to get ready for this contest.

Winklaar will most certainly have his hands full this year. With last year’s champion out of the competition, every athlete competing is looking to capitalize on this opportunity. The aforementioned William Bonac has been putting in a ton of time in the gym, as well. Additionally, Nathan De Asha is appearing to have put on some size leading up to this event.

Like all the others, Roelly Winklaar is taking this opportunity incredibly seriously. He has been putting in his time, getting jacked, and working on his weak areas. Subsequently, his physique will be hard to match at this year’s event.

The 2019 Mr. Olympia takes place September 12-15th and will no doubt be the biggest bodybuilding event of the year. Follow all the action here on FitnessVolt, and get all the latest updates.