Bannout discussed the pros and cons of Cbum and Derek Lunsford jumping into the 2023 Arnold Classic: 'Why Not?' 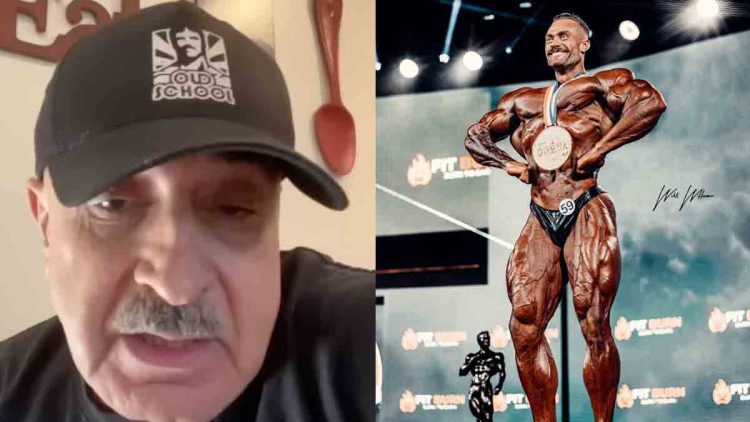 Samir Bannout believes four-time Classic Physique Olympia Chris Bumstead ‘should’ compete in the Men’s Open at the upcoming 2023 Arnold Classic. Despite his bicep injury, Bannout argued that Bumstead could still find success on the Arnold stage in less than six weeks.

Last month, Joe Weider’s 58th annual Mr. Olympia weekend went down with 11 champions walking away with gold. One of which was Chris Bumstead, who entered the contest as an overwhelming favorite given his previous accomplishments. Even though he switched coaches two months from the event, Chris only seemed to improve under Hany Rambod.

However, en route to securing his fourth Classic Physique Olympia title, Bumstead faced adversity in the form of a bicep injury. Initially, it was just fan speculation, but weeks after 2022 Olympia, Cbum confirmed he won his fourth title with a damaged bicep. And judging from some of the photos he shared, it looked painfully uncomfortable.

A few weeks ago, the 2023 Arnold Sports Festival announced that the Men’s Open prize money for first place swelled to $300,000. As a result of the added incentive, a handful of competitors joined the show, including Nick Walker, Patrick Moore, Andrew Jacked, and now, Mamdouh ‘Big Ramy’ Elssbiay.

Samir believes both of Rambod’s students Derek Lunsford and Chris Bumstead should enter the competition. In his latest podcast with Nick Trigili and John Hansen, Samir explained the pros and cons of each IFBB pro making a splash at the 2023 AC. In addition, they compared the prestige of an Arnold Classic title versus Mr. Olympia.

Samir Bannout on Derek Lunsford Competing at 2023 Arnold Classic: “Of Course He Should Do It”

If Lunsford was healthy post-Olympia, Samir suggested it would be a good idea to compete at the Arnold.

“What about Derek, why won’t Derek enter,” says Bannout. “Hany says no? Well, if Hany says no, then he’s playing it safely and he understands that the body needs a break and not to push the envelope too much. Look: he would make a lot of money, but listen, you have to remember one thing, liver enzymes, your SGPT…”

“Of course he should do it. Look, sometimes if you take it easy and look forward to the future instead of like risking more health and you know,” Bannout added. “Don’t forget the mental aspect. Sometimes there’s physical, sometimes there’s mentals. If you’re going to go there not 100% sure, or you’re risking something — but you know that’s what a good coach will do, really.”

Samir explained that Derek’s health should be prioritized above everything else even though he’d like to see him compete.

“He will look after your health and wellbeing. You know the Olympia is coming back the next year, so they know something we don’t know, obviously. And that will probably be the only reason why he’s [Hany Rambod] not letting him compete.”

Samir Bannout to Chris Bumstead: Do The Open at the 2023 Arnold Classic

Bannout would like to see Chris Bumstead compete in the Open at March’s Arnold Classic. Previously, Bumstead hinted that he will one day attempt an Open show. Though, later clarified that he won’t be making the switch this year (2023).

“Talking about Bumstead, he pulled his biceps muscle, and was in pain. In my opinion, Bumstead could be competing in the Arnold Classic in the Open — he should. Why not? Bumstead: do it,” suggested Bannout.

On the other hand, Samir understands why Chris would want to take time off since he’s nursing a bicep injury.

“I think Chris Bumstead’s case, he had a partial tear,” Bannout said. “It would be smart to pull down, it don’t matter a little bit, pull it down completely, because it might serve his career better. He knows, him and his doctors know, but yeah, clearly it was visible to me something was going on with that bicep.”

According to Bannout, the Mr. Olympia title will always be the most respected and powerful honor in the sport of bodybuilding.

“I think the Olympia is still the champion — the number one event in the world. Arnold’s show is very impressive too. I think the name Olympia has already taken over for real. Ever since we decided to start the Olympia till today, the Olympia is the most respectable title.”

He specified that the AC’s promotion quality is better than Mr. Olympia’s.

“Well, yeah, I think the Olympia is a powerful title. The thing is if you look at the promotion and the quality of the show, I think Arnold does a great job, better than the Olympia, I think so,” Bannout shared. “I don’t think the Arnold Classic will ever take over the name Olympia.”

The last time fans heard from Bannout, he urged Derek Lunsford to enter the upcoming show. He also suggested the event would be lackluster unless there were at least 18 to 20 competitors. With less than 12 bodybuilders on the Open roster, Samir thought Hunter Labrada would make a great addition as well.

Considering Bumstead’s bicep injury and long off-season last year, fans believe he’ll take time away from competing to make improvements. Even with the setback, however, Bannout is confident Cbum would deliver at his first-ever Men’s Open contest.