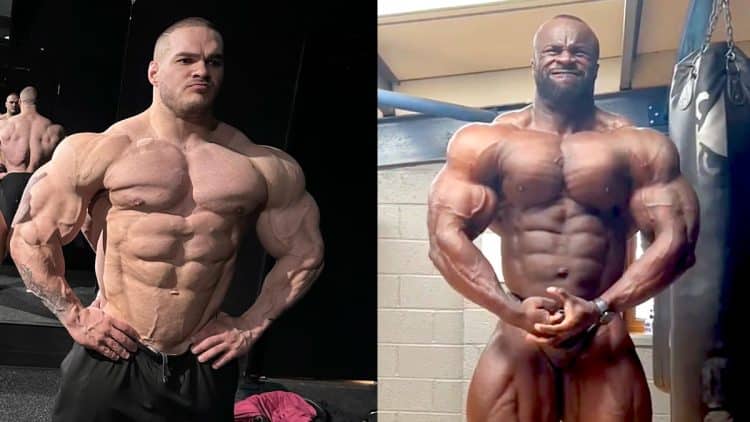 Bodybuilder Samson Dauda is gearing up for the upcoming 2023 Arnold Classic, scheduled for Mar. 2-5 in Columbus, Ohio. In a recent video uploaded on YouTube, Dauda predicted that he would beat Nick Walker at the contest and also addressed the criticism he gets for a lack of proper conditioning.

Samson Dauda started his professional bodybuilding journey in 2018. He stayed on the periphery of the top ten at various IFBB Pro competitions the next year in 2019. He rose to prominence for his incredible blend of muscle size and symmetry as a Men’s Open competitor in 2020.

Dauda made a name for himself on the regional circuit in the United Kingdom with appearances at the 2020 IFBB British Grand Prix and 2020 IFBB Europa Pro Championships. His potential was clear from the start as he became one of the most promising prospects in the sport.

He came close to winning the 2021 Arnold Classic UK but fell short of the champion Nathan De Asha. Dauda continued to rack up points as he finished third at the Yamamoto Cup Pro and runner-up at the 2021 Romania Muscle Fest Pro. His win at the EVLS Prague Pro secured his entry into the Olympia competition.

Dauda followed up with fourth-place finishes at both the 2022 Arnold Sports Festival and IFBB Boston Pro. He entered the 2022 Mr. Olympia as the dark horse of the division and did not disappoint. Dauda turned in a stellar performance and placed sixth in his Olympia debut.

‘The Giant Killer’ weighed in on an anticipated clash with Dauda on the stage in under two months. Considering the similarities in their physiques, Clarida believes it will be an exciting match, and the only way to beat Dauda would be to out-pose him.

In a recent appearance on OlympiaTV’s YouTube channel, Samson Dauda shared his thoughts on the competition at the 2023 Arnold Classic and an on-stage battle with Nick Walker.

Dauda opened up on competing against Walker at the Olympia. He gained more confidence after getting a closer look at Walker’s package and believes he will be ready for redemption in March.

“I don’t have to think about who’s coming in second. They can fight for second place, I’m coming for a win. The thing is you cannot say nobody’s on your radar because that’ll be just naive. But I know, watching from the Olympia, I know what I have to do now to pass him. After seeing him up close and having that competition already happen, I know what homework I got to do and that’s exactly what I’m doing.

“Just come in like I do but a little bit sharper,” he added. “Don’t try to reinvent the wheel. Don’t try to play someone else’s game. Play your game. Just play your game better.”

Dauda responds to the criticism regarding his conditioning level

‘The Nigerian Lion’ further responded to the criticism he received about the thickness of his skin.

“I think that’s probably a positive criticism,” said Dauda. “If I’m still able to place top six in this lineup especially and still not be at my best, isn’t that something crazy to be worried about? We are still coming up. We are still learning. I’m still quite new to the game. So, I’m still trying to figure myself out and learn how to get my body to that point. When it does, what happens then?

“I take it as a positive that the idea is I’m not at my best but I’m still able to stand on stage and rival these guys at this level.”

Nick Walker enters the 2023 Arnold Classic as the highest-ranked Olympia competitor and the favorite to win the top prize. He believes he will add the second Arnold Classic trophy under his belt but recognized Samson Dauda as a major threat to his goal.

It will be exciting for the fans to see Walker and Dauda go head-to-head once again after a stunning battle at the Olympia last month.