Dauda will still compete at the 2023 Arnold Classic but Rafael Brandao has opted to take the time away from competing to build his physique. 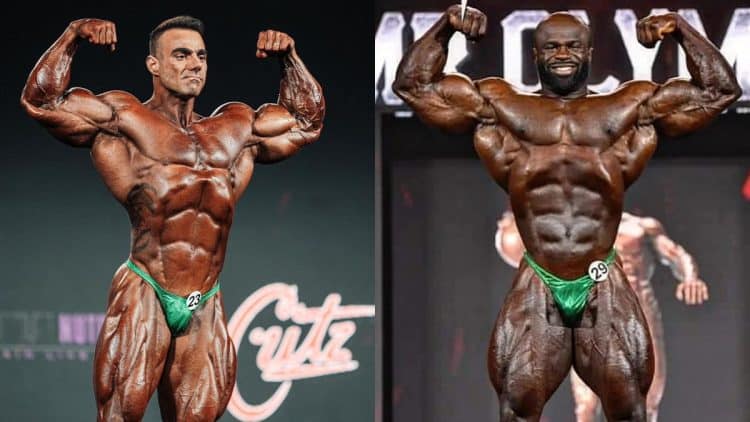 The 2023 bodybuilding season will kick off in March as competitors prepare for the second most prestigious contest the sport has to offer. In a recent Instagram post, Samson Dauda confirmed he will compete at the upcoming Arnold Classic.

UPDATE: Rafael Brandao has withdrawn from the 2023 Arnold Classic in March.

Published on December 29, 2022, Rafael Brandao issued an official statement regarding his decision to skip the 2023 Arnold Classic.

“I’m going to continue to try to climb positions. I talked with Flex Lewis, I talked with Chris [Aceto] and we decided to really think about the 2023 Mr. Olympia. So, the best option [is to wait and rebuild my physique] right [now]. We reached a consensus on what we need to improve from our position. If I kept competing, I [wouldn’t be able] to add muscle mass. So, let’s do the off-season differently.

I think me and Chris are going to have a strategy totally different from what we’ve done so far. In terms of training, regarding diet… we’re really going to do a [good] job during the off-season and [be] consistent and will add more mass. I’m going to compete close to the Mr. Olympia [to get my 2023 Olympia invite]. We reached this consensus and it must be done. I talked with Flex and he was really happy about [the decision],” says Rafael Brandao.

Dauda quickly emerged as a bodybuilder to watch after placing second to Nathan De Asha at last year’s Arnold Classic UK. The Nigerian native was second place to Brandao at the Romania Muscle Fest Pro too before taking home gold at the 2021 EVLS Prague Pro.

This victory earned Dauda a qualification for 2022 Olympia. Before heading to Las Vegas, however, Samson made detours at the 2022 Arnold Classic and Boston Pro in March, ending both contests in fourth place.

Meanwhile, Rafael Brandao also has ambitious plans for this year. Often training alongside former seven-time 212 Olympia Flex Lewis, Brandao stole the show at the 2021 Romania Muscle Fest Pro with a unique blend of mass and aesthetics. In May, Rafael claimed gold after winning the 2022 Arnold Classic South America competition.

Unfortunately, last year, Rafael Brandao was forced to withdraw from the 2022 Arnold Classic due to undisclosed reasons. Arnold Sports representatives informed Fitness Volt he would be unable to compete.

The IFBB Men’s Open division went through some big changes as of late. Earlier this month, the 2022 Mr. Olympia competition served as a huge shake up for the Open class. Among those competing were Samson Dauda and Brazil’s Rafael Brandao. Dauda was elated following his sixth-place finish whereas Brandao took 10th in his Olympia debut, respectively.

Samson Dauda Will Make Another Arnold Classic Appearance in 10 Weeks

On Wednesday, Dec. 28, 2022, Dauda shared a video and mentioned in the caption that his next stop is the 2023 Arnold Classic.

Recently, former 2021 Arnold Classic winner Nick Walker made it clear he won’t be returning to compete in Ohio this year. After the smoke cleared at 2022 Olympia, ‘The Mutant’ left the show with tons of momentum. He finished third behind champ Hadi Choopan and former 212 Olympia Derek Lunsford. On top of that, Walker was honored with the Olympia People’s Champ award.

Two-time Arnold Classic winner Brandon Curry has yet to reveal if he plans to compete in March. Curry brought noticeable improvements to the Olympia stage a few weeks ago. He added more size, but IFBB head judge Steve Weinberger said he needs to bring up the conditioning and muscle separation in his legs to be the best in the world.

In addition to several sporting contests, it was announced in late September that four-time Arnold Classic champ Flex Wheeler will be honored with the Lifetime Achievement Award at the upcoming festival. In 2021, bodybuilding legend Ronnie Coleman received the same award and labeled it one of his greatest career achievements.

With the same goal in mind, Samson Dauda and Rafael Brandao will aim to capture their first Arnold Classic titles in March.