With the 2022 Olympia in mind, Clarida is laser focused on pumping up his muscles as he just posted another stellar workout. 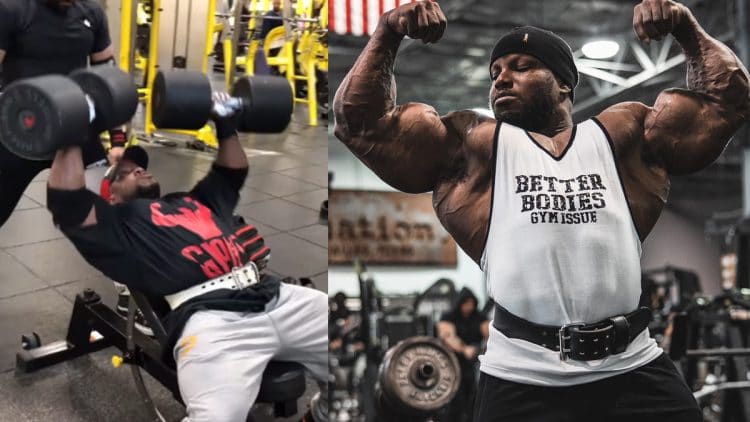 Shaun Clarida has shown versatility in the IFBB Pro League after making statements in the 212 division and Men’s Open. In a recent Instagram post, 212 Olympia champ Shaun pulled the curtain back on his training session, showing 150 lb incline dumbbell presses for 20 reps.

Shaun is known for his activity and willingness to challenge anyone on stage. He had a commanding 2018 season and kicked the year off winning first place in the 212 division at the New York Pro. Earning his invitation to the 2018 Mr. Olympia, Shaun was ultimately outmatched and landed in seventh at the biggest show of the year. However, he made up for his lackluster performance at Olympia by capturing the 2018 Legion Sports Fest title in 212.

Shaun competed at the 2019 Mr. Olympia as his only show of the year and made it to the podium earning third place. Learning from his mistakes, Shaun improved his physique and returned to 2020 Mr. Olympia. The reigning champ Kamal Elgargni appeared to be ahead during prejudging but Shaun pulled away and won his first 212 Olympia title.

Following a second-place showing at 2021 Mr. Olympia to Derek Lunsford, Shaun made it apparent that his plan was to move into Men’s Open bodybuilding. Right after, he fulfilled that promise at the 2021 Legion Sports Fest Pro where he took first place in his debut performance. Following the massive victory, Shaun earned the nickname “Giant Killer”. Despite standing just five-foot-two, Shaun Clarida’s physique has been compared to a ‘mini Ronnie Coleman’. Judging by his recent training session, that comparison isn’t too farfetched as Shaun is often seen throwing around heavy weight.

In a recent Instagram post, Shaun gives fans a sneak-peek into a strenuous training session showing him plow through 150 lb dumbbell presses for 20 reps.

“150s x 20 Reps
Switched it up today and went with lighter weight & high reps to get that MASSIVE PUMP!!” Shaun Clarida posted.

Given the rising number of deaths in bodybuilding, Shaun has made it a point to take care of his health. At the beginning of the year, Shaun issued a physique update and revealed that there was no plaque found within the arteries of his heart. In addition, Clarida shared that he was weighing 198 lbs roughly a year away from Olympia set for this Dec.

RELATED: Watch: Shaun Clarida and Keone Pearson Pump Up Their Pecs and Delts

Despite enjoying his off-season, Shaun is still pushing himself during training sessions. He routinely shares his exercise plans and showed off an insane high-volume arm workout last week. Clarida is making the most of his time away from the stage. After hitting 150 lb dumbbell presses for 20 reps, Shaun intends to bring an even better package to his next Olympia show.