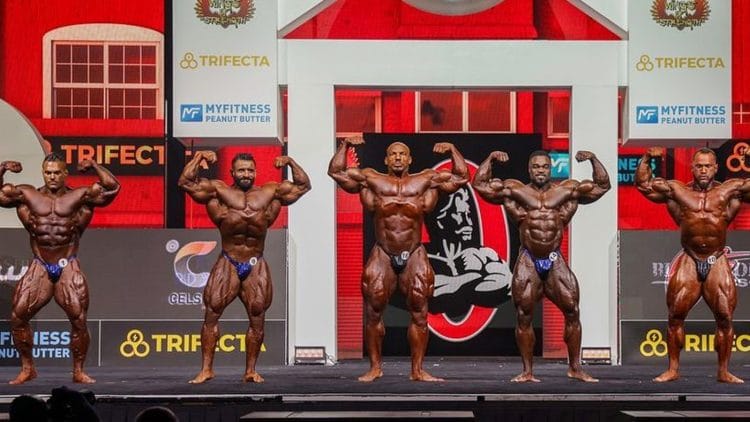 To be clear, there are a lot of reasons to look forward to the Olympia every year, but of course the biggest attraction is, by far, the Men’s Open Division. This is where the most notorious and famous competitors have arisen from the sport over the years.

There has been a bit of a shuffle at the top of the division since Phil Heath lost his title to Shawn Rhoden in 2018. Since then, Phil has competed just once, with that being at the 2020 Olympia, and nobody has been able to string together multiple defenses.

Looking to change that is Big Ramy, who won the title in 2020 after beating 2019 champ Brandon Curry, as well as the returning Heath. Heading into this weekend, he is bringing a massive physique weighing more than 300lb, and looks to put together a package that was even better than the nearly flawless one he used to win the contest.

Competing right alongside him was a healthy mix of longtime veterans, former champs, and young guns, all of which have a claim to be made that they are one of the best in the world. These competitors came head to head for the first time at the 2021 Mr. Olympia, when they took on the Prejudging on Friday evening.

By the end of it all, it looks to be neck and neck at the top of the division. Both Big Ramy and Brandon Curry faced off by themselves, during the final callout, going through the poses twice in a row.

Let us know who are your top 5? Be sure to check back in to FitnessVolt.com/olympia for the finals which take place on Saturday, Oct. 9, 2021, in the evening.