Regardless of whatever division he falls into, Derek Lunsford says he's 'giving 100% day in and day out' in preparation for 2022 Olympia. 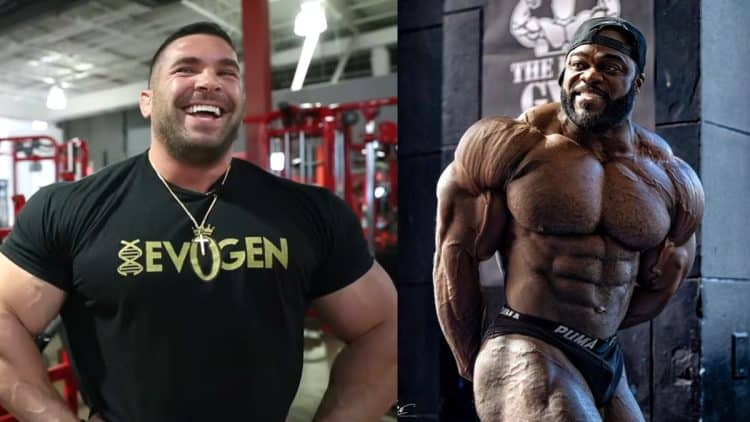 212 competitor Derek Lunsford continues to gather momentum heading into the second half of 2022. In a recent video, Lunsford gave a statement regarding his potential move out of 212 bodybuilding in order to take part in the Men’s Open division.

Derek Lunsford paid his dues as a 212 competitor and gained notoriety after earning second place at 2018 Olympia, behind seven-time 212 Olympia champion Flex Lewis. He returned the following year, and while he didn’t have to face Lewis, Lunsford fell short of capturing the 2019 Olympia crown against winner Kamal Elgargni.

Regathering himself, Lunsford brought a well-balanced package to 2020 Olympia but landed in fourth place. This result would not deter the 212 competitor. It only fueled his desire to become champion throughout the entirety of his preparation last year. At 2021 Mr. Olympia, Lunsford’s dedication paid off as he took first place en route to defeating former 212 Olympia champion Shaun Clarida.

The bodybuilder has had an incredibly busy off-season this year. He guest posed at Jim Manion’s 2022 Pittsburgh Pro in the place of Big Ramy, who was unable to attend for undisclosed reasons. Lunsford looked anything but small, standing next to some of the freakiest physiques in the Men’s Open division, like former Mr. Olympia Brandon Curry, Hunter Labrada and Nick Walker.

According to his coach, Hany Rambod, ‘it is becoming very difficult for him to make weight’ for the 212 division. Rambod says a move into Men’s Open is something they are ‘having to consider’ at this juncture.

Olympia President Dan Solomon echoed Rambod’s concerns, stating that Lunsford is ‘no where near 212 at this point’. It remains unclear if Solomon will give Lunsford a special invitation. For Lunsford, his focus has been on training at ‘100% day in and day out’ for whatever his career brings next.

Derek Lunsford Laughs Off Brandon Curry’s Comments: ‘Everybody Knows I Want to Be an Open Guy’

In a recent video on the Olympia YouTube channel, Lunsford issued a statement regarding his potential move into Men’s Open bodybuilding after Curry fired some shots at the 212 competitor.

“Well, I’ll tell you this man… regardless of wherever I fall, 212 or Open, you know I’m giving 100% day in and day out. I love this man. Like, you really have to love bodybuilding and love this to be where I’m at and doing what we’re all doing at the Olympia.”

“This is honestly, probably the hardest thing in the world to do. It’s literally the epitome of discipline. So, if you don’t have heart, then it’s going to be really, really hard to be an IFBB Pro or an Olympian. I think everybody knows by now, I want to be an Open guy. Whether it’s this year or next year or whenever but I promise you a couple years ago that I’d be in the Open and we’ll see.” Derek Lunsford explained in the video.

Despite all of the attention surrounding Lunsford and his potential transition, 2019 Mr. Olympia Brandon Curry isn’t buying into the hype.

“I don’t care where he goes, I’m gonna whoop his ass if he comes up to do Open.” Brandon Curry told Shawn Ray and Lee Haney in a recent Olympia TV interview.

For the last two years (2020, 2021), Brandon Curry has lost in the finals to Big Ramy, the two-time Mr. Olympia champion. Curry stated that his plan is to add size to combat the mass-monster at 2022 Olympia. As of late, Lunsford is looking huge, which would imply that his intention is to compete in the Men’s Open division later this year.

Clarida let his physique do the talking in his Men’s Open debut and earned first place at the 2021 Legion Sports Fest Pro, proving he could stand against top names in the category like Regan Grimes.

Four-time Mr. Olympia Jay Cutler chimed in recently, suggesting that he believes Lunsford could make ‘top-three at Olympia’ later this year. The bodybuilding legend added that Lunsford would be a dangerous opponent for anyone at the upcoming Olympia show.

Some have suggested that Lunsford should compete at an upcoming show instead of waiting for a special invitation from Olympia brass. While Derek has yet to announce which division he plans to compete in, there is still time to qualify by winning an event this year. Athletes have until November 20, 2022, before they can no longer qualify for the winter contest.

RELATED: 212 Olympia Champion Derek Lunsford Annihilate Back Workout: “You Have to Respect the Weight”

Should Derek Lunsford make the anticipated switch into Men’s Open, plenty of Olympia contenders await his arrival, most notably Curry, who is determined to recapture the title he lost in 2020. Given his dedication to training and dieting, whichever path Lunsford chooses, it appears he has a bright future ahead.