Things are heating up in the Classic Physique division as C-Bum and Ramon Dino issue their latest updates. 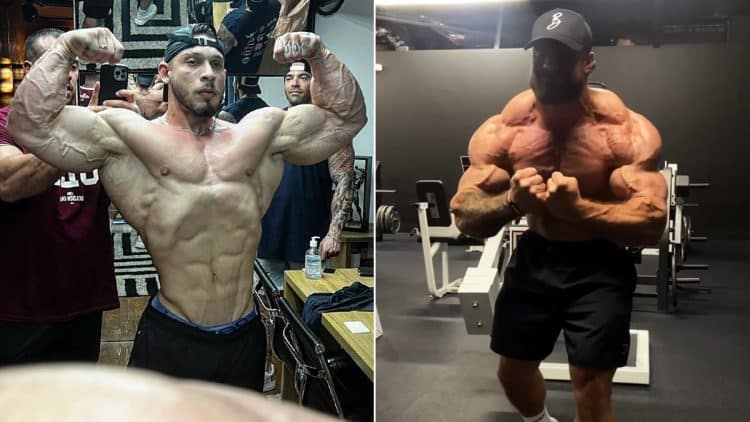 Bodybuilder Chris Bumstead is widely regarded as one of the most successful athletes in the sport. He is set to defend his Classic Physique title at the upcoming 2022 Mr. Olympia, scheduled for Dec. 15-18 at Planet Hollywood Resort & Casino in Las Vegas, Nevada. In a recent post made on Instagram, Bumstead shared a jacked physique update, where he went through a posing routing just seven weeks out from the show. Meanwhile, Classic Physique competitor Ramon Dino also shared a physique update showing off his huge arms.

CBum, a three-time Classic Physique champion has the chance to create history by getting his fourth straight win. After beating two-time Classic winner Breon Ansley to win his first Olympia in 2019, Bumstead has dominated his competition and managed to retain his throne with an insane level of conditioning.

Last month, Bumstead announced that he would be ending the ‘coach-client’ relationship with his longtime mentor and Men’s Open division competitor, Iain Valliere. The pair achieved unparalleled success during their time working together and appeared to be on good terms after the hard decision. The change drew a massive reaction from the community, with many speculating about how it would affect Bumstead’s training for the upcoming show.

In a recent video posted on his Instagram, Bumstead shared a physique update. He goes through a series of poses in prep for 2022 Olympia.

“Empty gym from a bit ago.”

Athletes are in full swing to get ready for the biggest show in bodybuilding. About two weeks ago, Bumstead gave a look into his preparations with a massive physique update eight weeks out from the Olympia. He displayed his crazy v-taper with a slim waist that accentuates his aesthetic look.

Chris Bumstead recently injured his quads during an intense quad-day workout. He did not let the injury hold him back and continued to train his hamstrings the very next day. This worsened his injury, forcing him and his trainer Eddie to come up with a unique solution. They shared a quad workout that Chris performed with the help of an Electric Muscle Stimulation (EMS) machine.

Brazilian bodybuilder Ramon Rocha Queiroz is respected for his strong work ethic and gained popularity for his aesthetic physique in 2021. He placed second in his appearance at the Europa Pro Championships and went on to shock the world with a fifth-place finish at the 2021 Olympia.

Although he maintains an impressive build all year-round, Ramon has made improvements to his physique since the last Olympia. In August, he shared a physique update, where he boasted excellent conditioning while going through a posing routine for his fans.

In a recent Instagram post, Ramon Dino shared a physique update where he showed off insane muscle development in his huge arms.

Ramon Dino is establishing his place as one of the strongest competitors in the Classic Physique division. Going by the latest update, Ramon has certainly made some improvements to his physique and will look to steal the title from Bumstead this winter.