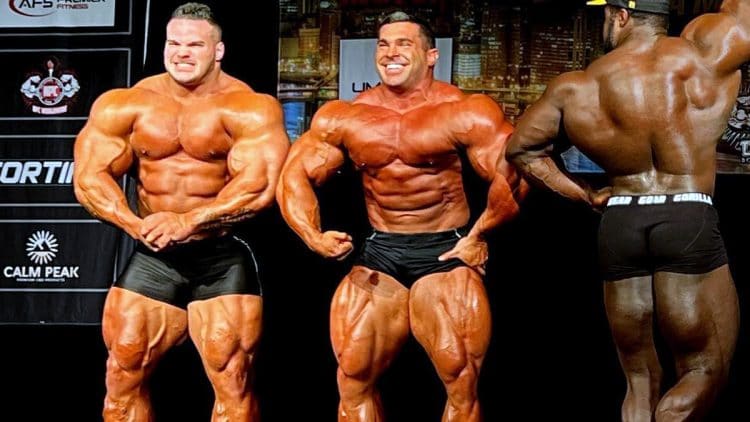 The 2022 Pittsburgh Pro bodybuilding show took place from May 6 to 7, 2022, and featured multiple athletes who brought out their best shape with the aim of winning the contest. However, despite their incredible performances, they were arguably outshined by two of the most elite bodybuilders in the world. Nick Walker and Derek Lunsford walked out on the stage and displayed their amazing physiques after a long time. Derek Lunsford, and Nick Walker, also posed alongside Hunter Labrada and Brandon Curry.

For the first time since he won the Arnold Classic in 2022, Brandon Curry was seen posing on stage. Meanwhile, Hunter Labrada gained considerable weight during the offseason and demonstrated it during the 2022 Pittsburgh Pro.

As the IFBB Pro and NPC president Jim Manion run the Pittsburgh Pro, everyone was expecting some big names to be featured as guest posers. However, it is always unpredictable in what shape they will be, and both Walker and Lunsford look massive and phenomenal.

As he is the reigning 2021 Men’s 212 Olympia champion, Derek Lunsford is without a doubt the greatest in his weight class. But following his surprising display, it is incredible how big he got. Many commenters on his posing were even comparing Derek’s size to Open class bodybuilders.

Nick Walker is a mass monster and one of the greatest up-and-coming bodybuilders currently. However, to see him stepping on the stage with such size on his frame was still surprising. One thing that stands out, in particular are his absolutely huge legs, and even though Nick’s definition and vascularity are still very noticeable, he is still a long way from stage-ready shape.

You can watch the photos of their guest appearance here:

This is the first stage appearance for Nick Walker and Derek Lunsford in the 2022, as both of them are preparing for the 2022 Mr. Olympia. The most prestigious bodybuilding competition will take place on Dec. 15-18, in Las Vegas, NV.

Derek definitely seems unbeatable this year, especially after this guest posing. He was the only bodybuilder who never competed in the Open class, as he stood alongside Nick Walker, Brandon Curry, and Hunter Labrada. None of them managed to transcend him, so that means a lot. After beating the previous champion, Shaun Clarida, in 2021 to claim his first Mr. Olympia, Derek looks to defend his title for years to come or move up to the Open division.

Nick Walker changed his coaches, so his display is very important in that aspect. He wanted to take part in the 2022 Arnold Classic, but skipped it to focus on improving his physique and weaknesses. Although Nick regularly shares his physique updates on Instagram, the stage posing can look a lot different. Nonetheless, Nick still looked as great as expected and justified the hype which has built up around him.

There are still 7 months left until the 2022 Mr. Olympia, so many variables will come into play, but Derek Lunsford and Nick Walker seem to be taking the right steps. Derek will have to defend his title from multiple hungry competitors, while Nick Walker will have to take down Big Ramy and Brandon Curry to be crowned as the greatest bodybuilder in the world.