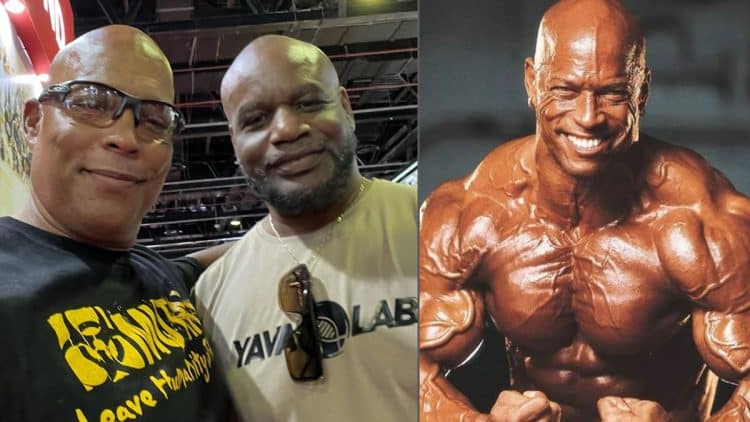 Cormier made his mark in the sport with a blend of aesthetics, size, and conditioning. During his career, he shared the stage with icons like six-time Olympia winner Dorian Yates, Shawn Ray, Flex Wheeler, and eight-time Olympia champ Ronnie Coleman.

Having competed against a number of different body types, Cormier understands that athletes must use what they have to present the best physique possible. Over decades, even when some of these smaller athletes lacked size, they made up for it on stage with granite conditioning.

The 212 division, which was once the 202-pound division, showcases jacked athletes, but some of them may appear undersized when standing next to mass monsters in the Open. During his latest video, Cormier is breaking down his top giant killers who defied the odds and rose to the top.

In a YouTube video, Chris Cormier discussed some of his favorite giant killers in the IFBB.

Lee Labrada, father of current Men’s Open Olympia contender Hunter Labrada, established himself as perennial threat while competing in the sport. He never laid claim to an Olympia title, but Lee managed to place in the top four at the prestigious show for seven years straight.

“Yeah [Lee] Labrada beat a lot of giants. Just to have a close relation with some of these guys, I gotta tell you… I still think Shawn Ray would have beat most of these guys. He’s too detailed from head to toe. So busy. He had a busy body,” Cormier shared.

“That kid out of New York, he was from Steve’s gym. He won the Olympia, it was 202 [pounds] at the time. [Kevin] English. English was dominant, you know. Him, David Henry — I was going to say ‘Deadly Henry’ — he’s actually competed this year at the UK Arnold.

I think Shawn would have beat these guys if I had to bet on it. Kevin English was tough to beat. He was a mass monster for the 202 class,” said Cormier.

In addition, Cormier named the seven-time 212 Olympia winner Flex Lewis. He added that he saw the greatness in Lewis at a young age when he got the chance to meet him.

“Look at him [Flex Lewis]. From head-to-toe, he was definitely grainy. He was knocking them out every year. He’s just a bodybuilder’s bodybuilder. When he was 19 years old, he was already ready to go.

You could see the greatness in him already when I met him backstage in England. I saw it from a young age, and he was already calling himself Flex. He was ready to go from the time he started.”

Cormier believes Shawn Ray was an original giant killer during his prime. He never managed to bag an Olympia title, but placed in the top five at the event for 12 years straight (1990-2001).

Even though Shawn Ray had a reputation of dominance, Cormier said that aura diminished after his opponents learned of his back lat spread weakness.

“That was Shawn Ray’s weak point was the lat spread from the back. When people found out that was his weakness; I think that’s when the notion of him being the top guy kind of diminished in my opinion. I think he got exposed at one show and then from there it was just kind of like the decline and ultimately his demise,” Cormier said.

In one of his other videos, Cormier listed his Mount Rushmore of all-time greatest bodybuilders that don’t fall into the giant killer category. Cormier named Lee Haney as his number one, with Dorian Yates, Ronnie Coleman, Jay Cutler, and Phil Heath following behind.

In addition, Cormier recently deconstructed the size versus aesthetics debate. After looking closely at the 2022 Olympia lineup, Chris says ‘hybrid’ physiques like Akim Williams could find success and upset some contenders.

Giant killers will continue to shake up the sport, just as Shawn Clarida did last year at the 2021 Legion Sports Fest Pro. While bodybuilding has certainly evolved as of late, Cormier believes physiques like Shawn Ray have stood the test of time.