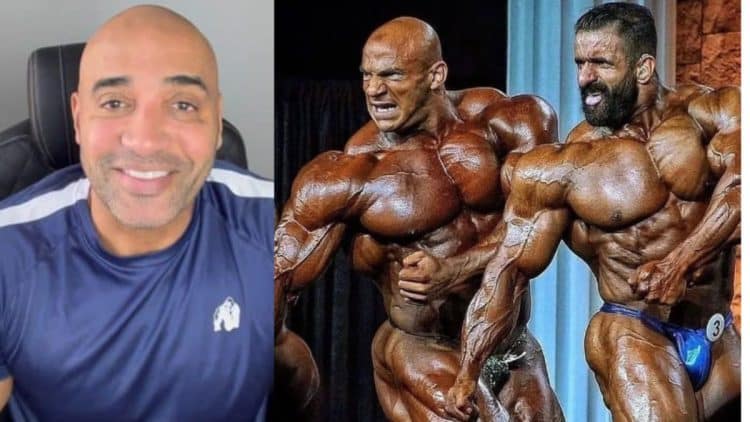 In 2020, Elssbiay brought arguably the best package of his career, which led him to a first Mr. Olympia title. The following year, the Egyptian native tried to replicate that success but was met with more resistance from contenders Brandon Curry and Hadi Choopan. Ramy still walked away as 2021 Mr. Olympia when the dust settled. However, many in the sport believe his conditioning lacked the same quality that earned him gold the year prior.

One previous champion to bring up the issue was seven-time winner Phil Heath. He believes Ramy slipped at last year’s show. He added that contenders Curry and Choopan could catch him slipping should he come in off again as he did in 2021.

While some have been doubtful of Ramy’s chances this year, his coaches Chad Nicholls and Dennis James aren’t concerning themselves with public opinion. In preparation for his next title defense, James has pushed Ramy consistently throughout contest prep. He recently shared footage of Ramy crushing incline smith machine bench presses.

In the interview, James mentioned that Ramy’s training this year has been much more organized than in 2021.

“A lot of personal stuff was going on. It was a combination of everything — all that success at one point — if you go from zero to hero… it sounds great for us but it’s not really. You don’t realize how hard some of these celebrities have to do average joe things, especially depending on where you live.

There was too much personal stuff going on. He was at a point where he was like, ‘you know what, I’m done.’ This year it was totally the opposite. Everything was somewhat in order. Everything went smooth. He got married again, and I guess it’s going good,” James said.

James predicted that if Ramy doesn’t come in 100 percent, several contenders could steal his crown. William Bonac, who is also trained by Chad Nicholls, is a top threat to Ramy given his past experience.

“If he’s not 100 percent, there’s six or seven guys that are going to beat him. So he’s not that superior like some people want to make him out to be. If he’s not on, especially this year, there’s plenty of people that could beat him. We’ve seen it for seven or eight years. Bonac, Dexter [Jackson], all these guys, it doesn’t matter if they have the size or not, it’s just about the package.”

Looking at the lineup, Nicholls said both of his clients will take first and second place at 2022 Mr. Olympia, respectively. Though, it should be noted that Nicholls mentioned Big Ramy could possibly lose his title to Bonac or Nick Walker if they bring enough ‘compact muscle.’

James on Big Ramy This Year: ‘The Bigger He Gets The Better His Physique Flows’

“This is what I see: when he’s bigger he flows better. Yeah [he’s got great shape]. He flows better right now. I get some messages from people saying his legs are down. Hey, for years everybody complained his legs were too big. If his legs are down, doesn’t that mean it’s a good thing if they really were down.”

“Right now, when I look at him – and I see him every day, I look at him and I’m like — he flows better. He doesn’t have that overpowering lower body compared to his upper body. Because his upper body looks like its gotten wider, his lat spread, especially his rear lat spread – front and rear are back to where they were at the beginning.”

As far as conditioning is concerned, James says Ramy is in a ‘perfect place.’ He can’t say exactly what will happen at the show but reiterated that Ramy is better than he was in 2020.

“That’s exactly where he’s at right now. I think he’s in a perfect place. Condition-wise, he’s on point right now. I’m talking about now. I’m not saying what’s going to happen on the 16th and the 17th, Chad [Nicholls] is in control of that. Right now, he’s better than he was in 2020.”

Before ending the conversation, Dennis James revealed that Elssbiay is tipping the scales at 305 pounds one week from the show.

“305 [pounds]. I think [high 290s] on stage. I think so. I think so. Then again, it doesn’t really matter. At the end of the day, what’s important is that he nails the condition and that he’s able to hold his poses. That’s it. There’s going to be a shit load of comparisons this year.”

Earlier this week, the reigning two-time champion Big Ramy joined bodybuilding legend Phil Heath to discuss his goals, ambitions, and contest prep details. According to the 38-year-old, he intends to weigh approximately 295 pounds on the 2022 Mr. Olympia stage.

Unlike years before, Dennis James believes Ramy is in a much better place ahead of his next title defense. James is confident Ramy’s added size this year won’t affect the shape or flow of his physique.