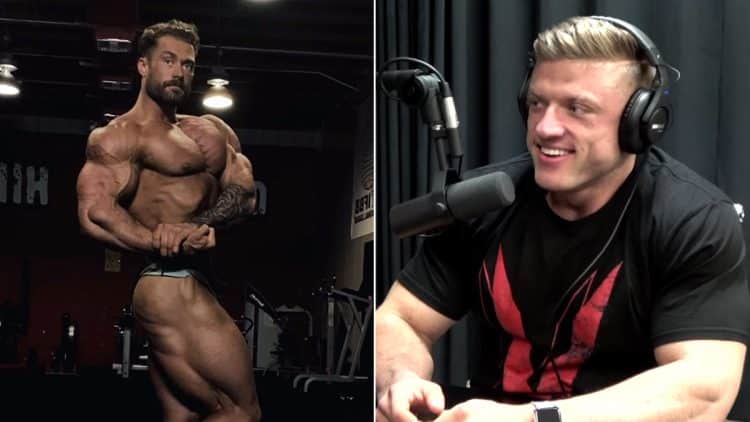 German bodybuilder Urs Kalecinski is on the fast track in the Classic Physique division. In episode 52 of Cutler Cast, Kalecinski backed himself to dethrone the champion, Chris Bumstead, at the 2022 Olympia.

Classic Physique standout Kalecinski gained a lot of attention for his incredible conditioning, detailed muscularity, and proportions. At just 24 years old, Kalecinski is young but full of potential. Last year, he secured the top prize in Classic Physique category at the 2021 IFBB Tampa Pro. The win earned him an invite to the 2021 Olympia, where he finished fourth in his debut.

Kalecinski kicked the 2022 season off with an appearance at the Arnold Classic. Although he did not win the show, Kalecinski defeated former two-time Classic Physique Olympia champion Breon Ansley to get the third spot on the podium, behind runner-up Ramon Rocha Queiroz, and winner Terrence Ruffin.

A week after that, Kalecinski stole the show at the Boston Pro to get his first win of the year. He followed it up with another commanding performance at the Kuwait Pro to wrap up his season with two wins.

Last month, Urs Kalecinski opened up about his goals for his second showing at the most prestigious bodybuilding event in the world. He highlighted a need to enhance his arms/back development and planned to bring a more aesthetic package with better proportions.

Standing in Kalecinski’s way to Olympia glory is the reigning three-time Classic Physique champion Chris Bumstead, who looks set to defend the title and add a fourth trophy to his cabinet. Bumstead has proven to be a dominant champ who has held the title since beating Breon Ansley in 2019. He recently partnered with Men’s Open division standout Hadi Choopan for a brutal back workout using the FST-7 (Fascia Stretch Training) method developed by their coach Hany Rambod.

In episode 52 of Cutler Cast, Urs Kalecinski backed himself to defeat defending champion Chris Bumstead in the Classic Physique division at the 2022 Olympia, scheduled for Dec. 15-18 at Planet Hollywood Resort & Casino in Las Vegas, Nevada.

“I have big respect for Chris,” said Kalecinski. “I visited him, we are real friends, I really text often with him. But on the stage, at least for the half an hour, we are enemies. Because everybody is working so hard for this. I’m not starving for 16 weeks to say like, ‘yeah go you can win this.’”

“Definitely, yes, I can beat Chris. I wouldn’t say which certain areas. I’d say, and that’s a big point in Classic modern and the Open class, it’s about the day of the competition. If you are 5% off in the Open, it’s more tolerated sometimes because you are so much bigger.

“But in the Classic when you have that 5% off your condition, little water texture under your skin, you can move three to four places, especially in the top spots.”

According to Kalecinski, it’s about bringing a package that could shock the world. Besides himself, Urs believes Ramon Dino has the potential to do that.

“If your physique doesn’t change, you’re not shocking the world. When you’re on a weight cap, you can do your improvements but you can’t bring a package that could shock the world again. It’s only Ramon and me who are not far away but still have room to grow in the Classic and are able to do moves like these. We both did at the Arnold’s.”

Urs Kalecinski has left no stone unturned in his hunt for his first Olympia win. He shared an intense shoulder and arm workout that he utilized in preparations for the show. He arrived in the US earlier this week and got straight to training his arms at the famous Dragon’s Lair gym with Regan Grimes.

Meanwhile, Bumstead has no plans of surrendering his title. He recently shared the 2100-calorie diet that he used to get ripped for the 2022 Olympia.