‘The Shadow’ gave a physique update under a waterfall in Rio de Janeiro, Brazil 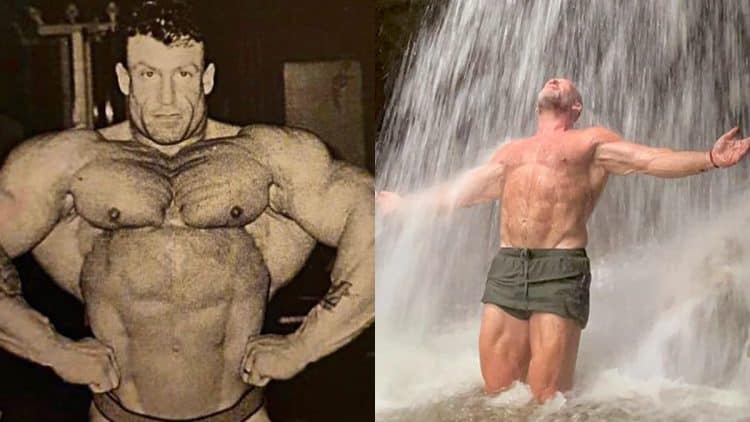 Legendary bodybuilder Dorian Yates boasts one of the best résumés of any in the sport. In a recent post made on Instagram, he showed off his jacked physique under a waterfall in Rio de Janeiro, Brazil.

Dorian Yates rose to prominence on the bodybuilding stages for his impressive physique and gigantic back. He utilized a unique approach to training where he pushed himself to near failure every time he worked out as opposed to the traditional wisdom of using a fixed number of reps and sets.

He was renowned for staying away from the limelight and working hard in the off-season. He let his physique do the talking on stage whenever he entered a competition. During his career, he dominated the Olympia stage, winning six consecutive titles from 1992 to 1997. Yates’ incredible back saw him triumph over other bodybuilding icons, such as Lee Labrada, Flex Wheeler, and Shawn Ray.

Golden Era competitor Tom Platz praised Yates while sharing his experience coaching ‘The Shadow.’ He opened up on connecting with Yates during a training seminar early in his career and how Yates took every lesson to heart.

Yates remains a notable figure in the sport and is revered for his longevity. He teamed up with former Junior Mr. Universe champion and Classic Physique amateur competitor Kaya Yusuf for a grueling back workout, where they also practiced posing.

In a recent Instagram post, Dorian Yates looks insanely jacked under a waterfall in Rio de Janeiro, Brazil at the age of 60.

Two months ago, Dorian Yates detailed the start of his journey in bodybuilding. His passion for the sport motivated him to become Mr. Olympia. He also admitted that he could have gone a bit easier on himself and enjoyed life more instead of focusing solely on bodybuilding.

Yates’ impact on the sport can be felt to this day. After the crowning of Hadi Choopan as the 2022 Mr. Olympia, Rich Gaspari took issue with the level of conditioning displayed by modern bodybuilders. He drew a comparison between Choopan and Yates’ Olympia-winning backs and called on competitors to bring ‘dryness’ back to the sport.