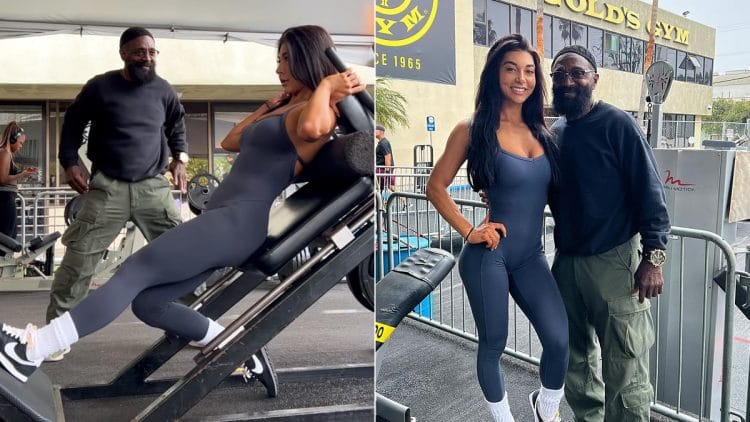 Bikini competitor Lauralie Chapados is committed to improving her physique each and every year she competes as an IFBB Pro. In a recent Instagram video, Chapados demonstrated a series of brutal leg workouts under the guidance of bodybuilding coach Charles Glass.

Chapados has proven to be one of the most consistent and dominant Bikini competitors in the world. She earned her Pro card in 2016 at the IFBB World Qualifier, winning Overall and Bikini, in first place. Aside from 2017, she has qualified and competed at Olympia the past four years.

Chapados’ name quickly grew in popularity following her 2018 season in the sport. She began the year by winning first in Bikini at the 2018 Toronto Pro Supershow and turned around a month later to take gold at the Wings of Strength Chicago Pro. Chapados’ success didn’t stop there, she also won the 2018 Tampa Pro. Capping off a historic year, Chapados placed second at 2018 Olympia and at the Shawn Rhoden Classic.

Returning in 2019, Chapados competed at four IFBB Pro League shows. Her best performances of the year came at the Arnold Classic Australia, where she secured runner-up before taking her physique to Olympia, placing fourth, respectively. After Olympia, she got back to her winning ways, securing the title at the 2019 Yamamoto Cup. Her next show would come at 2020 Olympia, an event that saw her reach fifth place. Making up for the time off, she competed at a handful of shows in 2021.

Chapados’ won four out of the seven IFBB Pro League shows she competed in last year (2021 Chicago Pro, Powerhouse Classic Pro, Sacramento Pro, and Iron Games Pro). She wrapped up last year at Olympia in second place, matching her 2018 performance. The Bikini standout’s season in 2022 hasn’t been much different. Thus far, she’s flawless at shows this year, having found gold at the 2022 Arnold Classic, Pittsburgh Pro, and the New York Pro. If she plans to rule the Bikini category like she has lately, training alongside a decorated bodybuilding coach like Glass definitely won’t hurt her chances.

*Sets and reps are made available by the footage provided

Chapados and Glass start the workout routine with one set of single leg hack squats for 10 reps.

For their next movement, the 2022 Arnold Classic Bikini champ utilized reverse hack squats for one set consisting of nine reps.

Chapados practiced a set on the vertical leg press machine for 10 reps. During the exercise, Glass motioned to the heels of her feet and told her to push off with them to get the most out of each rep.

For their fourth exercise, the Bikini competitor performed Bulgarian split squats from a deficit. Lifters use deficits or elevated surfaces to increase the range of motion during an exercise. Chapados practiced one set for 12 reps.

Opting for high-volume, Chapados finished the workout with one set of reverse hyperextensions for 16 reps.

As one of the most popular Bikini competitors in the world, fans are excited to see what type of improvements Chapados will bring to 2022 Olympia, scheduled to take place later this year from Dec. 16 – 18 in Las Vegas, Nevada.

Despite already punching her ticket to 2022 Olympia, Chapados’ training isn’t slowing down in the slightest. Glass is renowned for his comprehensive training methods, and the Pro bodybuilder no doubt took a lot away from their time pumping iron at the famous Gold’s Gym.