With 2022 Mr. Olympia on the horizon, bodybuilders Nick Walker and Kamal Elgargni teamed up to build bigger backs 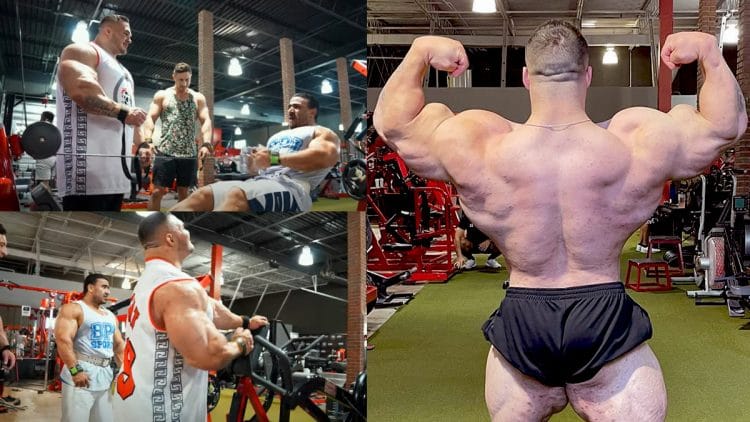 Nick Walker is one of the most exciting Men’s Open bodybuilders in the sport and has already found success on some of bodybuilding’s most prominent stages. In a recent YouTube video, Walker joined former 212 Olympia champion Kamal Elgargni for a series of workouts designed to build bigger backs.

“The Mutant” registered a rookie season for the ages after embarking on his journey as a bodybuilder. 2021 saw Walker clinch the title at the New York Pro. As a result of his victory, he qualified to compete at Olympia that same year. Before taking his massive build to bodybuilding’s biggest show of the year, he made a pitstop in Ohio at the 2021 Arnold Classic. He predicted he would win the show on his first attempt, and did so impressively, defeating the likes of Iain Valliere, who placed runner-up and third-place finisher Steve Kuclo. Walker continued to find success, delivering yet another outstanding performance after earning fifth place at the 2021 Mr. Olympia contest.

There aren’t many bodybuilders like Walker that can say they won gold at the Arnold Classic on their first attempt, but 212 competitor Elgargni is one of them. Elgargni entered his first Arnold Classic contest in 2018 and walked away victorious. That same year, Elgargni placed third at 2018 Mr. Olympia. While he only competed in one show for 2019, he made it worth it and won his first Sandow trophy.

Despite taking time away from other shows to set himself up for success, Elgargni returned to 2020 Mr. Olympia but failed to retain his title after being defeated by Shaun Clarida. At 2021 Mr. Olympia, the Libya native landed in third place, once again behind Clarida who took second, and Olympia’s most recent 212 champion, Derek Lunsford. With redemption on his mind, Elgargni has teamed up with Walker to bring one of his best packages this December.

In a recent YouTube video, Walker joins hands with Elgargni to focus on building a more complete back.

You can find a full list of the workouts used in this video below:

As one of the more strenuous movements, Walker and Kamal opt to complete two sets using the hammer strength one arm lat pull down machine.

“Feeling like this, looking like this at my age. Thank god for this. A big blessing, I swear. My mind is like ‘maybe I did something good with my life.’ Elgargni says.

After taking a rest, Walker is taken aback that Elgargni has only been injured a few times throughout his career. Even at 51 years old, he is still training hard, and with high-volume. The bodybuilders complete two sets during this exercise.

Nick jokes around and asks Kamal if he’s ever had an injury caused by training.

While longevity in bodybuilding has become rare, Elgargni is still pushing the pace entering his fifties.  According to Elgargni, he’s been quite lucky while training throughout his decorated career.

“Only injury I had before was I tore my calf. Olympia 2018. Three days before Olympia, in my room, after flexing boom! It popped. Then, I said nothing until after the Olympia. I come third, that was first Olympia for me. I mean if I was on my own, I think I would have quit. Chris [helped me] to keep the inflammation down till after the Olympia.” Elgargni explained.

Walker and Elgargni proceed with back training by practicing kneeling cable lat pushdowns for three sets.

“You know what my favorite part is about post-workout? I get to eat Rice Krispies [Walker laughs]. Low key fat boy at heart.” 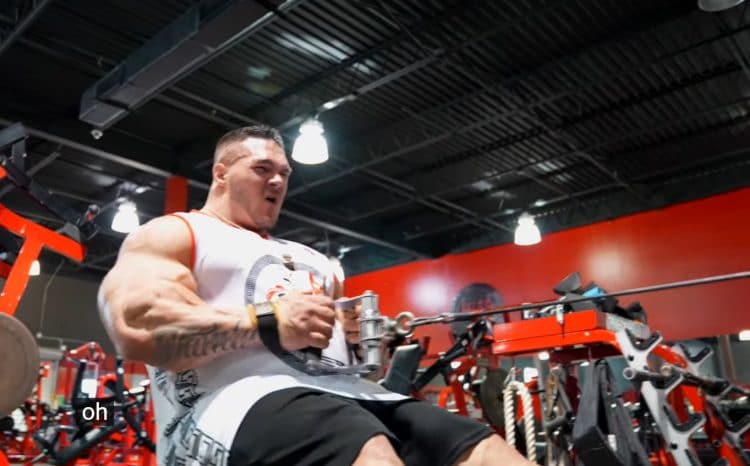 After hitting a few sets for their next movement, Walker hops off the seated row machine. Elgargni decides to add a couple of weight plates to the machine and finishes with a total of three sets during this particular exercise.

Moving on, Walker hits 45 degree back extensions for two sets of nine reps. Elgargni follows with two sets of his own.

For their final movement, Elgargni and Walker hit two sets of low cable rows before calling it a day.

“Alright, that was back day. Another back day with Kamal. Good workout like always. I’m trashed.  But no, another good workout.”

“Yeah definitely, 100 percent. It’s always [good] to train with these guys. It gives you that extra hype so you want to do it more. Great workout. Definitely a great workout. I’m done. Kamal told Walker.

Walker mentioned the last time he trained with Elgargni,  that he would prefer to do most of his workouts with the former 212 Olympia winner. The New Jersey native appreciates Kamal’s willingness to go hard in training despite getting a little older.

With both men keen on delivering statement-making performances at 2022 Olympia, it was evident that Walker and Kamal were pushing the pace during this back workout.

Try the following awesome back workouts:

What made the training session so memorable was the fact that Kamal, at 51 years of age, still had plenty of energy to hang with a mass monster like Walker. Judging by their back workout, Walker and Elgargni are on track for another explosive year in the sport.