Oleksii Novikov and Robert Oberst Injured, Out Of 2021 Shaw Classic 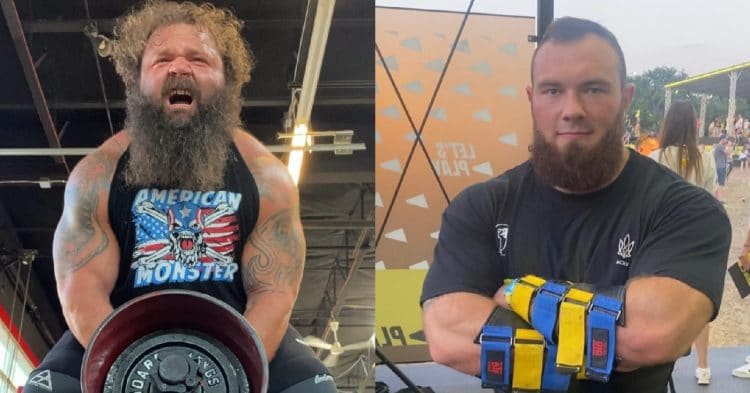 The 2021 Shaw Classic goes down this weekend, August 27th-28th, in Estes Park, CO. Unfortunately it will be happening without Oleksii Novikov and Robert Oberst, as both men have suffered injuries that have forced them out of the contest.

Taking place for the second year in a row, the Shaw Classic is quickly becoming one of the biggest contests in strongman, despite Brian Shaw’s intentions. In large part, this is due to the insanely stacked roster of competitors that he is able to secure, with tons of big names from top to bottom.

Unfortunately a post to the contest’s official Instagram page has revealed that this year will be taking place without Oberst and Novikov, as both men are injured and unable to compete. Instead, they will be replaced by Gabriel Peña, and Gabriel Rhéaume respectively.

“We’ve got a couple of really good alternates that are stepping into the competition, but as I said before, really sad to see Robert Oberst and Oleksii Novikov have to pull out of this year’s Shaw Classic,” Brian said.

According to the video, Robert Oberst has suffered some sort of shoulder injury which has forced his withdrawal. On the other hand, Oleksii Novikov apparently got a concussion while competing at the 2021 Strongman Classic, so the decision was made that it was best for his to stand this one out. .

At the time of writing, neither man have addressed the injuries or their withdrawal from the contest. However with their replacements, the roster for the 2021 Shaw Classic still stands at 16 athletes strong.

*Bag Toss, Car Squat, Medley, and Atlas Stones events will be done in a head-to-head fashion, with two athletes competing at the same time.

It is obviously quite disappointing to hear that two of the biggest names at the 2021 Shaw Classic are no longer competing. That said, it still promises to be an exciting competition, and there are still some top tier athletes that remain on the roster.